No Other Explanation: 8-Year-Old Boy Credits ‘Angels’ with Helping Him Lift Car off Dying Dad 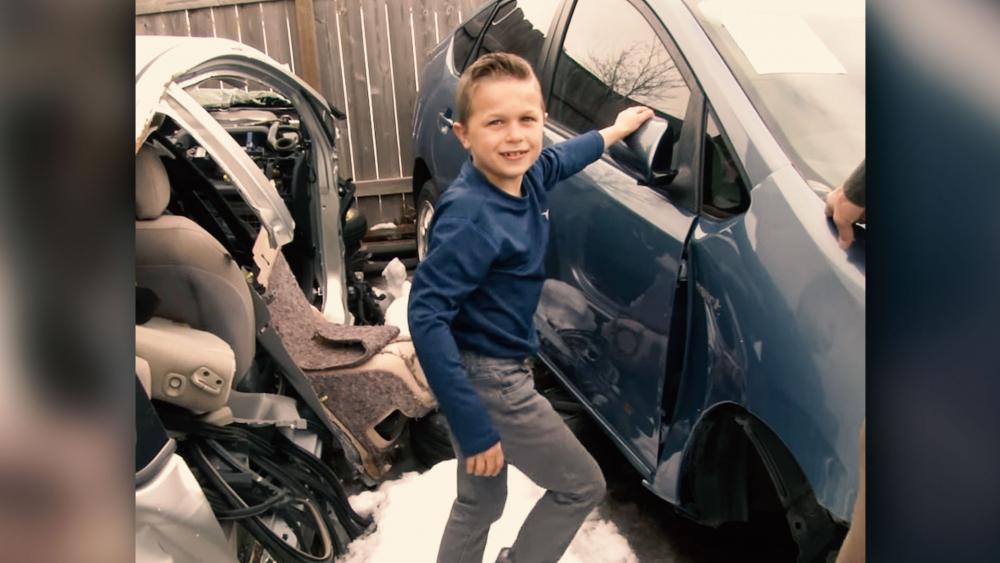 8-year-old J.T. Parker says “angels” must’ve helped him save his dad’s life, and his mom agrees there’s no other earthly explanation for what transpired.

J.T.’s mom Jodi said “This whole thing is a miracle. There’s no other way to describe it. There’s no way that little boy could have done that. I just felt that it was a responsibility we now have to tell people that miracles still exist.”

What the 50 pound boy did was lift a 6,000 pound car off his dad and save his life. They tried to replicate the feat, but he couldn’t come close. He was honored at an event as one of several Idaho “Real Heroes” by the American Red Cross. He received a rousing ovation for his actions when his name was called.

The miracle unfolded back in July when J.T. and his 17-year-old brother Mason were helping their dad Stephen Parker work on a Prius, when the jack holding up the car suddenly gave way, causing it to fall right on top of Stephen.

Mason had just gone inside to tend to a cut, leaving J.T. as the only remaining lifeline for dad. The pain was crushing making it difficult for Stephen to breathe. He urged J.T. to get on the jack and lift the car up, but it just wasn’t happening. Stephen and older son Mason had to lift the car to get it set in the first place, and it was a chore for the two of them to get it lifted. It seemed there was little to no hope.

J.T. wasn’t about to quit, however. He went to work, climbing and jumping on that jack. Somehow, some way it worked. He says it was “scary and I didn’t think that I could jack the car up but I just kept on trying.”

Dad doesn’t remember much of the incident, as he passed out.

Incredibly, after all of that time trapped under the weight of a car, he only suffered a few broken ribs and not other internal damage. He was home in just two days.

Mom and dad later asked the boy to replicate the feat on the same car – he didn’t even come close. So how was he able to lift the car? One word: “Angels.”

Watch J.T. and dad explain the incident below. Incredible!

–‘It’s Such a Blessing to Be a Father’: Oscar Winner Marvels at the Miracle of Life