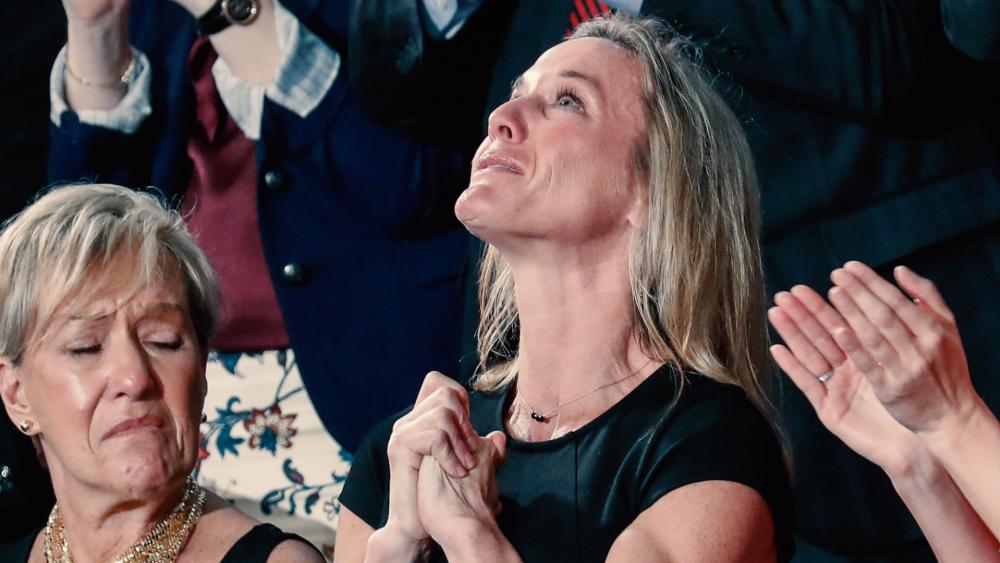 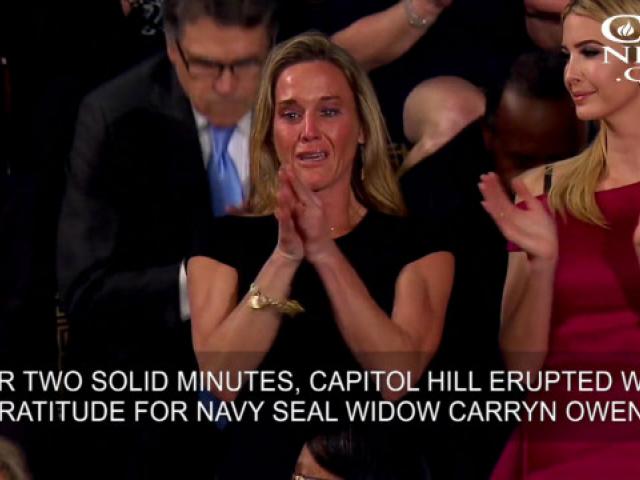 The applause was incredible, and the tears were heartbreaking.

For two solid minutes during President Trump's address to Congress, the room erupted with gratitude for Navy SEAL widow Carryn Owens whose husband Ryan was killed this year during a raid in Yemen.

The still-grieving widow wept as the applause resounded through Capitol Hill, over and over again.

President Trump made it a priority to honor their sacrifice, pointing to a verse from John 15:13.

"For as the Bible teaches us, there is no greater act of love than to lay down one's life for one's friends. Ryan laid down his life for his friends, for his country, and for our freedom," the president said.

But there's even more to this story.

Before Ryan Owens was killed in that raid, God was at work.

Pastor Dan Backens of New Life Church in Virginia Beach told his congregation he knows a neighbor of the Owens' who says before the tragedy God had put it on her heart to meet Carryn, and they had started to become friends.

"(She) didn't know that was gonna happen. God did," Backens says in a sermon posted to Facebook.

He says this neighbor's actions show us why it's so important to obey God by loving those around us.

"Here's a mother with children and a busy life, and she says, 'Ok, I'm gonna start loving a neighbor intentionally.' So she built a bridge with her. Lo and behold, now this woman is a widow, but she has a friend now, and this friend has a church," Backens says.

His sermon reminds Christians, you never know how God wants to use you when you step out to reach others with the love of Christ, but He always has a plan.