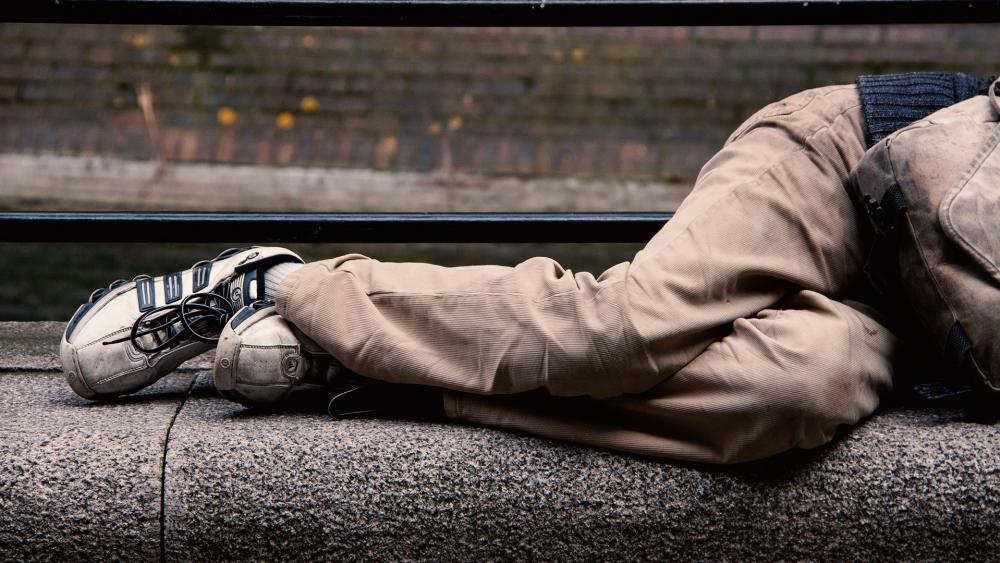 A woman in Texas is putting the Bible scripture "love thy neighbor" into action by giving a homeless gentleman a fresh start in life.

Victor Hubbard stood on the corner each day, rain or shine, waiting for his mother to come and get him.

Every day residents in Kemah, Texas would pass by Hubbard who sat out at the cross section of Nasa Road and El Camino Real, but it was stranger named Ginger Sprouse who finally took him in.

"He stands and looks, taps the pole, squints, dances, waves and sometimes just stares....he waits, and waits and waits," she wrote on a GoFundMe page set up in January.

Sprouse told KHOU-TV that in her daily commute between home and work she often wondered about his story.

Sprouse explained that Hubbard suffers from mental illness and doesn't have a place to live.

"It is told his mother dropped him on the corner and told him to wait for her to come back," she explained.

It was a story that moved Sprouse, convincing her to create a Facebook page called "This is Victor."

"I listen to people talking around town and keep hearing 'someone needs to do something about that guy,'" Sprouse wrote in December when she created the page. "So, I will be the organizer and I hope that we as a community can be 'someone' together."

The community did come together and so far 9,000 people have pitched in to help him.

Sprouse leads the effort. She cooks meals, takes care of the laundry, sets up medical appointments and even welcomed him in her home.

But she doesn't focus on what she has done. Rather, she says she's grateful for the support of other people and the blessing Victor has been in her life.

"I'm so overwhelmed by the compassion by people," she said.

"If you want to meet someone who is eternally optimistic, positive and humble go visit him. He will out-bless you every time," she wrote on the GoFundMe page.

Meanwhile, Victor has even more of a reason to smile. He now has a job at Sprouse's restaurant, Art of the Meal, as a cook.

"She came around and she kind of saved me," Hubbard told KHOU. "She helped me. It's like grace."

The best part of the story is that Victor was finally able to reunite with his mother.

"I got to talk to her and I really feel like I accomplished something," he said.

Sprouse's life has changed as well.