88-Year-Old Graduate: 'With God All Things Are Possible' 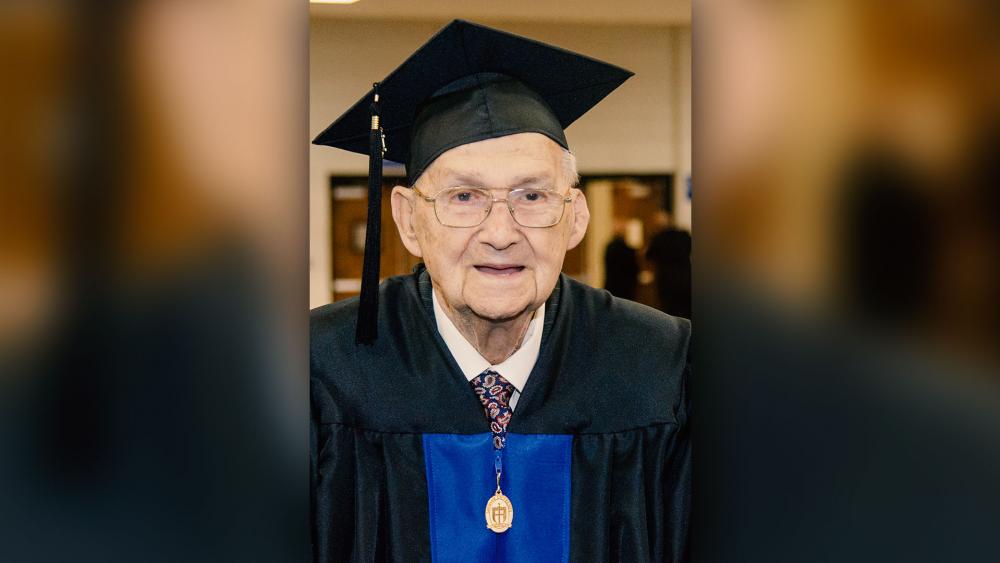 The 88-year-old left Shorter without a diploma back 1965 because his family needed him.

Sheffield got ordained the same year he graduated high school, so he spent the next 70 years teaching the Bible.

He was married for 68 years, until his wife Bernice died from Alzheimer's disease a few years ago.

That's when Rev. Sheffield decided to do something for himself.

One of his granddaughters posted a picture of him on graduation day, he's holding a chalkboard sign that says, "With God all things are possible."

Jill Brazier said she knew her grandmother would be proud.

"I know my granny is smiling down on him right now saying, 'I knew you could do it Horace,'" Brazier told WSB-TV Atlanta.

Sheffield's degree is in Christian studies, but he says he has no plans of giving up retirement.