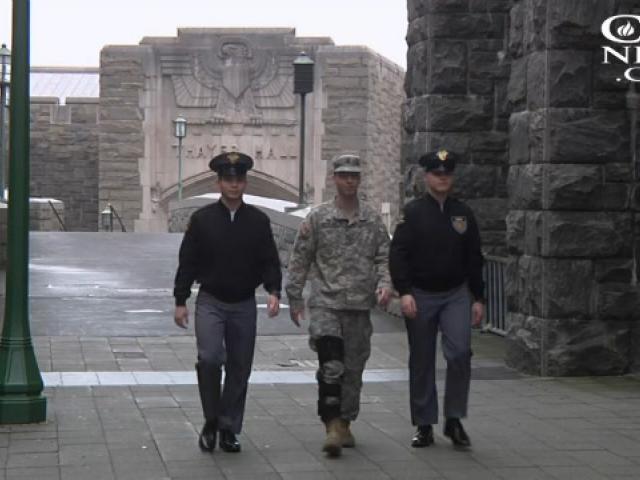 And they're about to make history.

For the first time in over 30 years, three siblings will graduate together from West Point, the Army's prestigious military academy.

The Ogrydziaks entered the academy in 2013 and will graduate in less than two weeks, on May 27.

They've spent hours standing, marching, and completing drills in frigid conditions of the icy New York winter. Yet, even in the midst of rigorous officer's training, they've made a point to spend time together.

"Every so often I'll see them during the day. But we'll try to eat dinner at nights together, and especially on weekends we'll get together and watch a movie," Noah told the Associated Press.

Kristine and Randal Ogrydziak, the brothers' mother and father, both served in the Coast Guard for a combined length of nearly 50 years.

Randal will have the opportunity to give his sons their oath, a privilege that is normally reserved for commissioned officer.

"Ah boy, as a service member, I'm proud of them because I know they will do their best, they will give it their all, serve their country, and live up to core values of the Army: honor, respect, and devotion to duty," Randal said. "And Kristine and I pray to God they're kept out of harm's way."

The brothers did not express much concern about the possible dangers of being on the frontlines, although close to 100 West Point graduates have been killed in war since Sept. 11, 2001.

After graduation, Cole said he will go to medical school, hoping to become a doctor, and Noah will enter the Signal Corps.

Sumner will work in the Army's engineer's branch in South Korea. Although his brothers are unsure of where they'll be sent, he hopes they can be together in the future.

"I can't speak for my brothers, but if we stay in seven to 10 years, I think there's a good chance that we might end up picking the same duty station."