Ex-Obama Official on ISIS Killing Christians: 'What Goes Around Comes Around' 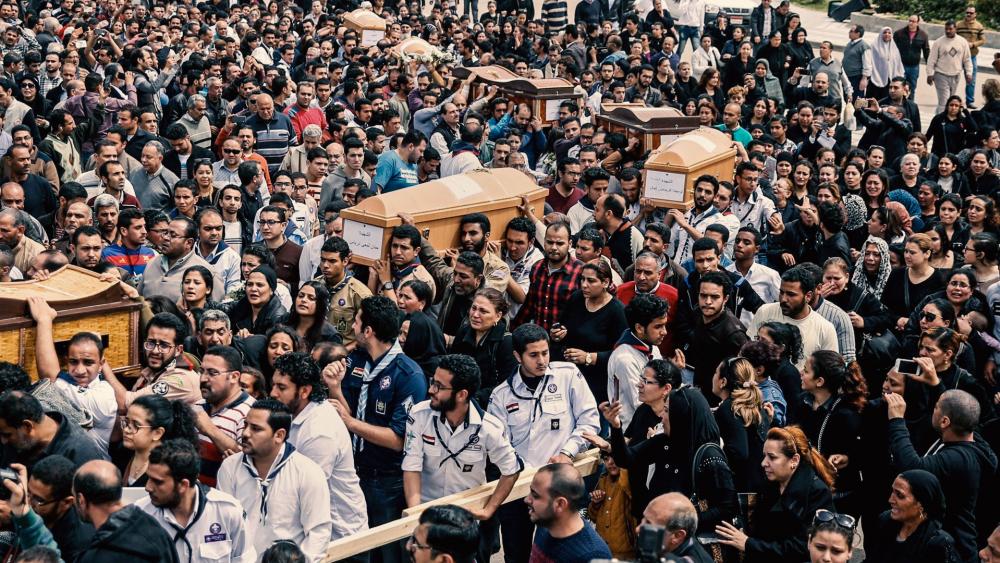 Crowd Caskets
5426398923001
Former Obama Official on ISIS Murdering Christians in Egypt: 'What Goes Around, Comes Around'

Days after ISIS warned Muslims in Egypt to "stay away from Christian gatherings," the terror group has shot dead a Christian man inside a barber shop.

50-year-old Nabil Saber Ayoub was killed Saturday evening in the coastal city of el-Arish. He is at least the seventh Christian murdered in the region following a wave of attacks in recent months across the country. The most devastating attack happened on Palm Sunday when suicide bombers targeted two churches, leaving 27 dead and scores wounded.

Now, a former Obama official says Ayoub and other Egyptian Christians deserve the persecution they are suffering from ISIS.

In a tweet over the weekend, Elibiary said that because many Egyptian Coptic Christians supported the removal of the Muslim Brotherhood's leader in 2013, they should view their plight as retribution for their actions.

"What goes around comes around," Elibiary tweeted on May 7th. "Coptic ldrs did same to MB Egyptians."

According to the Daily Caller, Elibiary even praised ISIS for killing Christians, tweeting "Subhanallah" which is the Arabic word for "Glory to Allah."

Elibiary told his Twitter followers that he was "reading ISIS's latest" magazine published in May.

Among the magazine's features was an article called "The Ruling on the Belligerent Christians," which praises the recent ISIS attacks against Coptic Christians in Egypt.

"From among these blessed deeds were the successive attacks which the soldiers of the Islamic State in Misri and Sinai carried out against the Christians in those lands, targeting them with killings and assassinations, and afflicting their churches with burning and explosions," the Daily Caller highlighted. "Thus, they brought upon them tremendous detriment and deepened their wounds. The last of the blessed attacks against them were the simultaneous explosions at two of their largest churches, one in northern Misri and the other in southern Misri, in the cities of Alexandria and Tanta on their holiday on the 12th of the month of Rajab in the year 1438."

In a statement to the Daily Caller News Foundation, Elibiary said "It's a shame Egypt & the Egyptian social fabric was destroyed to this degree by the entry of the military into politics & economics."

Patrick Poole is a national security and terrorism expert for PJMedia.

"This pattern of anti-Christian hatred by Mohamed Elibiary has continued for years," Poole wrote in PJMedia detailing Elibiary's litany of controversial statements.

Ryan Mauro has interviewed Elibiary and written extensively on Elibiary's alleged support for groups like the Muslim Brotherhood.

"This is a guy who praises the Muslim Brotherhood just about every single day," said Mauro, a Shillman Fellow at the Clarion Project.

"When he wakes up in the morning, he tweets about how wonderful the Muslim Brotherhood is...and so he has long, for years, bashed the Coptic Christians for their stance against Islamic extremism," he added.