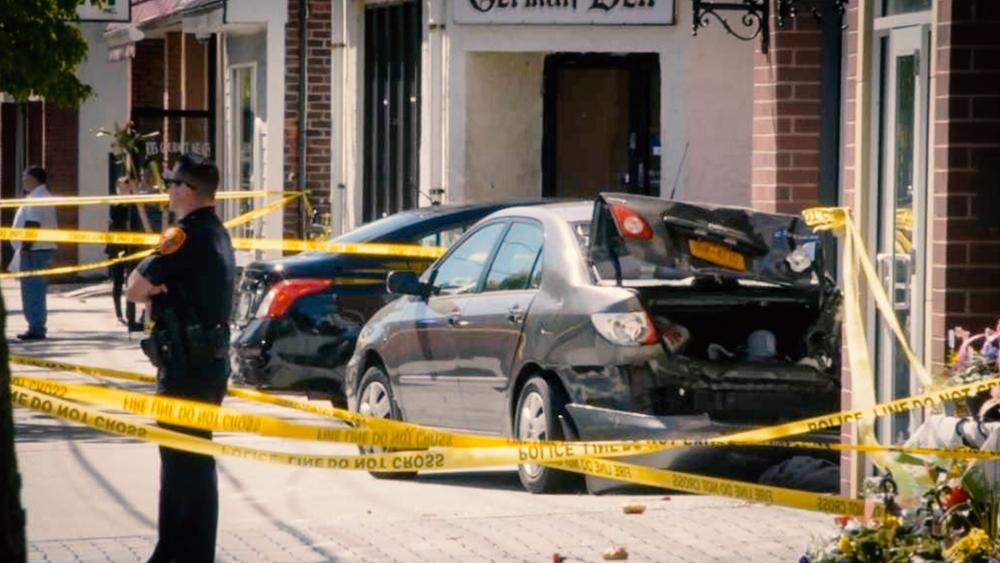 Social feeds were overwhelmed this weekend with awesome stories showcasing how much moms impact lives for the better. The job is, by nature, sacrificial. You basically have to put so much on hold, because a little life is depending on you. Not just for basic physical needs, but more importantly for deeper, spiritual and emotional needs.

In a tragic sequence of events yesterday, one mom dramatically showed just how deep a mother’s love for their child runs and how far they are willing to go to help their child.

Diane Aluska was enjoying some time with her 16-year-old daughter Jenna on Mother’s Day, walking home with her from church and stopping at a local bakery to pick up some treats for the day.

That’s when Diane noticed a Toyota Corolla heading veering towards them, and instantly her motherly instincts kicked in. Without hesitation, she placed her hands on Jenna’s shoulder and pushed her daughter out of the way, leaving herself to take the brunt of the collision. Jenna was still hit by the car, but mom’s actions drastically minimized the damage, as the car only grazed her.

Local authorities say that “without a doubt” Diane saved her daughter’s life. She later died from her injuries, while Jenna was recovering in the hospital.

Diane is a mother of three, Jenna is her youngest.

As of yesterday, the teenager didn’t yet know the fate of her mother. According to the girl’s father, Kenneth Aluska, he and his son were tasked with having to relay the horrible news.

The driver of the car, an 80-year-old Ann Riolo, is believed to have accidentally put the car in reverse when she thought it was in drive. When she hit the gas, it lurched backwards, nearly missed some parked cars and headed directly towards the women walking.

This is a horrible tragedy on any day, but for it to happen on Mother’s Day strikes a particularly emotional chord.

While Jenna and her siblings will obviously always miss their mother, they can live out the rest of their lives knowing how much they were loved. So much so that she would give her own life for them if she had to, and there is simply no greater love than this.

Prayers to the Aluska family.