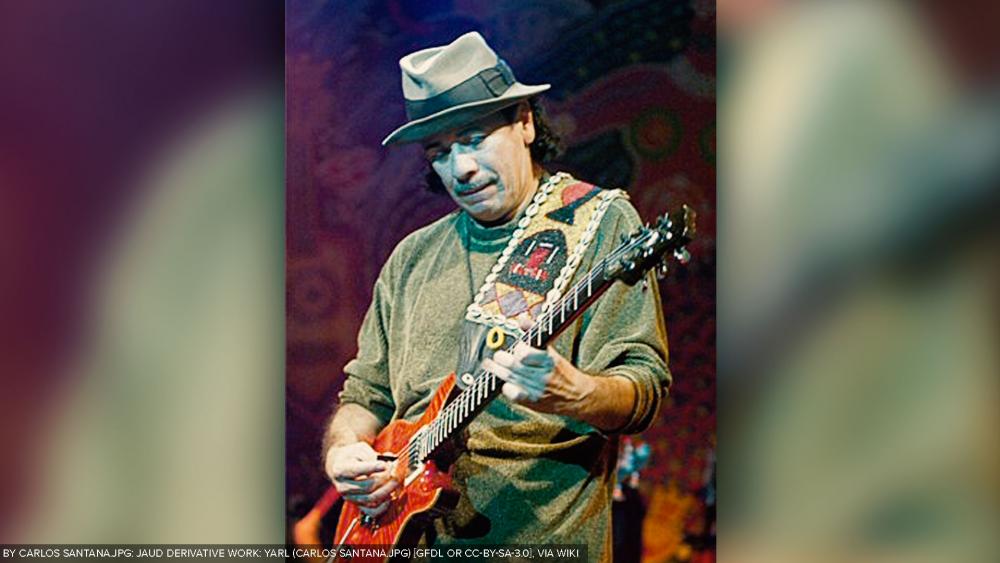 Rock and Roll legend Carlos Santana has been through some truly dark moments in his life.

"You have to go through the darkest night of the soul to get to the brightest light of the day," Santana said.

Despite his fame and accomplishments, he says he's only made it through by trusting in God – and he's not staying quiet about it.

Santana told the Gospel Herald that when his wife left him, he entered a deep depression.

He visited a local church, but said that he had voices in his head telling him that his life was filled with misery.

He tried to kill himself seven times, but says that he was kept alive through God's grace.

Santana says Jesus' voice not only gave him hope, but helped him overcome his depression.

And the joy he received from Christ was something he never got out of music.

Santana says he even discovered the life-changing power of forgiveness.

During his childhood, Santana's father abandoned his family.

And when he was 10, one of his father's friends molested him repeatedly. He says he was filled with fear and guilt, but kept quiet about the abuse.

Santana says he carried the weight of unforgiveness, anger, and resentment in his heart towards the man for years.

But he was finally set free from that anger and pain when he forgave him.

"I was able to remove the anger by forgiving that man," he told Rolling Stone in 2008. "Forgiveness, man, forgiveness is incredibly liberating. And I'm here to tell you, with all my heart and spirit, that it can be done. You can be freed."

Santana is considered one of the greatest Rock and Roll guitarists of all time. He's reached a pinnacle in the world of music.

In 1998, he was inducted into the Rock and Roll Hall of Fame. He also holds 15th place in Rolling Stone's 100 Greatest Guitarists of All Time.

But for him, life now has a greater purpose. In 2015, Santana said he would become a pastor and retire from music.

Although he says he still doesn't know how things will play out, he continues to trust God to work in and through him.