‘My Faith is Stronger Than Ever’: A Heartbreaking Farewell to Cancer-Stricken Muslim-Turned-Christian Evangelist 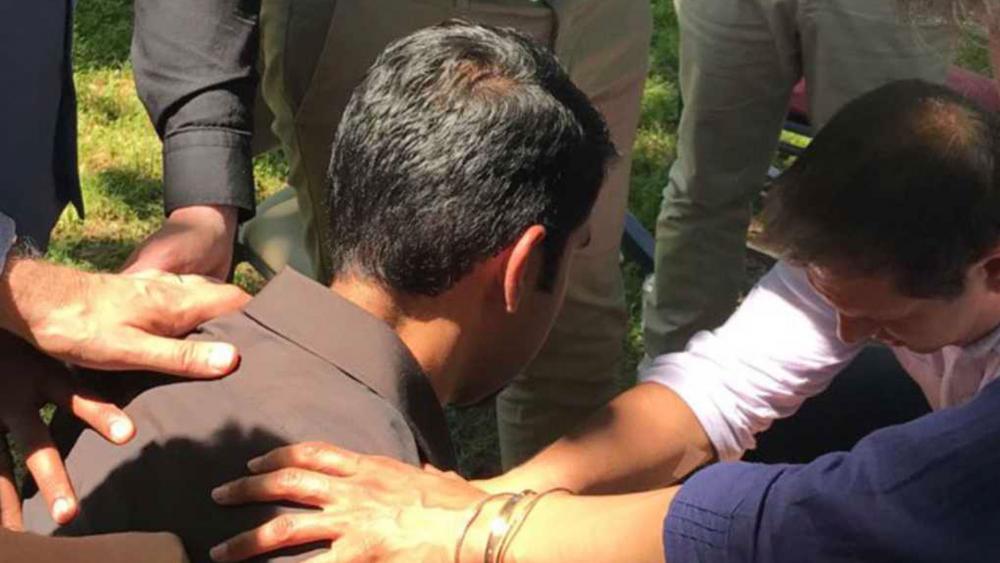 And as believers and fans continue to process Qureshi’s tragic announcement that there’s nothing more doctors can do, famed evangelist Ravi Zacharias is speaking out about a farewell meeting that he and his ministry team held with Qureshi on May 8 and 9 near Atlanta, Georgia; Qureshi is a speaker for Ravi Zacharias International Ministries.

Zacharias, who said he considers Qureshi to be like a son, has since offered a raw and candid assessment of the gathering, writing on his website about “the love, the healing, the soul-wrenching heartache, the unstoppable tears, and finally the hugs, the prayers, and the farewell” that took root at the gathering.

“To his fellow itinerants Nabeel came to say, ‘Thank you. I love you all and if I have hurt anyone, I ask for forgiveness. Most important, my faith is stronger than ever in my Savior and whatever lies ahead, I will take it as God’s will,” Zacharias recalled. “Then he said, ‘You will probably not see me speaking in public anymore and I bid you all goodbye.’ He then looked in my direction to share his final words of affection to me and bid us goodbye. I was too overcome to say anything.”

Zacharias likened the meeting and Qureshi’s farewell to his ministry peers to Paul’s biblical farewell to the Ephesian elders in Acts 20:36-38. Then, he went on to express the hope that Qureshi and others still hold that God can heal, despite doctors giving up hope.

“Is our Lord still able to heal Nabeel? Yes,” Zacharias wrote. “With his winsome smile he himself said, ‘Yes, he is, even after I’m in the ground for three days.'”

But despite embracing that belief, Zacharias said Qureshi knows “his body is giving way” and, thus, is “torn between what seems imminent and what is always possible with God.” It’s a profoundly difficult space to live in, considering what’s on the line; Qureshi has a wife and a young daughter.

Zacharias also delivered a passionate message of love to Qureshi, saying that he is heartbroken to see him potentially leave the world at such a young age.

“We are still trapped by the fears of living in a world immersed in hate and living for matter, greed, pride, and violence,” he wrote. “You will be freed to the joy of life where there are no more fears, no more tears, no more hate, no more bloodshed, because you will be with the One who has already shed his blood for you, where love is supreme, grace abounds, and the consummate joy is of the soul. The smile of God awaits you: ‘Well done.'”

Others who were at the meeting also shared Zacharias’ sentiments. Ruth Malhotra, public relations manager for Ravi Zacharias International Ministries, told Faithwire that the gathering was incredibly emotional.

“In my four years of working at RZIM, this was one of the most moving encounters I’ve ever witnessed among our team … it was beautiful, painful, and hopeful all at the same time,” she said. “It felt like a family reunion, and while most of us have only known Nabeel for a few years he has left an indelible mark on our hearts.”

In addition to the “tears and anguish” that were shared at the meeting, Malhotra said she will remember the laughter and goodness that the group experienced. She also encouraged the public to continue praying for Qureshi.

“We ask others to stand with us in prayer as we are trusting in God’s power, resting in His sovereignty, and clinging to our eternal hope in Jesus Christ,” she said.

While Qureshi said his primary tumor shrunk, the cancer in his lymph nodes didn’t recede and, in fact, spread to other lymph nodes in his chest, precluding him from being a candidate for much-needed surgery.