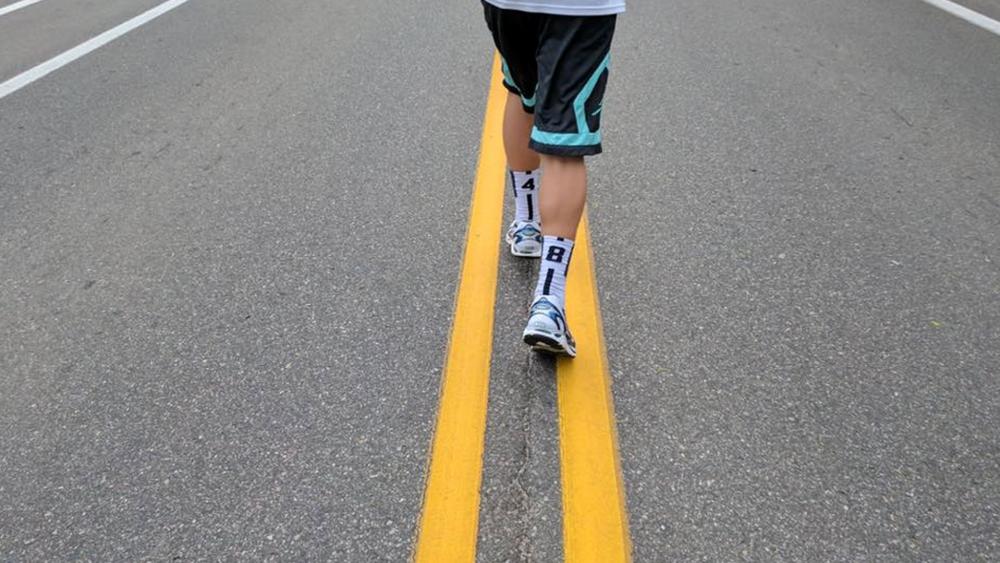 Jake’s dad, Jason Kinzler, died of a heart attack while running the same race six years ago, on May 14, 2011. Jason, whom family members described as a “pillar of health,” was one mile from the finish line when he collapsed.

“When he passed away I told my mom … someday I want to finish the race in his shoes,” Jake Kinzler told WXMI-TV. “I remember she told me she said, ‘I kept the shoes because I knew you would say that someday.’”

Jake’s mother, Kristi Kinzler, waited for her son at the 14-mile mark, where he traded his own running shoes for his father’s size 12 sneakers.

Jake’s older sister Hannah also participated in Saturday’s race. Together, they raised more than $16,000 for the Jason Kinzler First Family Foundation, a nonprofit the Kinzlers created in the wake of the beloved husband and father’s death.

According to the JKFFF website, the foundation helps to provide financial aid for “families with minor children who have experienced the unexpected loss of a primary care-giver.”

Ahead of the race, the siblings created a video in which they share memories of their father and why the race means so much to their family.

“Not only are we doing it for him but we’re helping raise money and awareness for other families who have gone through similar things that we have,” Hannah, 16, told WXMI.

To learn more about the Kinzler family and their cause, visit the JKFFF website or Facebook page.

— Report: China Could Become the Biggest Christian Nation by 2030