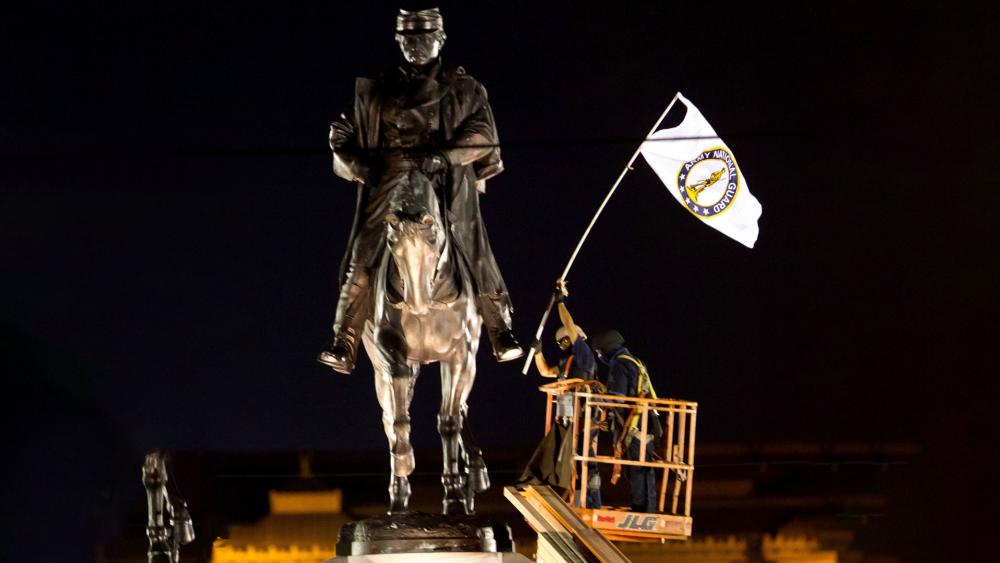 The city of New Orleans removed a Confederate monument Wednesday, after months of pushback and violent threats that have stalled the process.

The statue of General PGT Beauregard is the third of four monuments the city has taken down.

City officials have already removed a statue of Jefferson Davis, the Confederacy's only president, and a memorial to a white rebellion against a biracial Reconstruction-era government in the city.

New Orleans Mayor Mitch Landrieu called for the removal of the monument in the wake of the 2015 massacre of nine black parishioners at a South Carolina church.

"Today we take another step in defining our city not by our past but by our bright future," Landrieu said in a news release. "While we must honor our history, we will not allow the Confederacy to be put on a pedestal in the heart of New Orleans."

New Orleans' City Council approved the move last year, but officials were met with opposition from supporters who fought to keep the monuments up.

Supporters said removing them is akin to erasing history.

"Mayor Landrieu's actions are an insult to New Orleanians who came before us - the veterans, widows, parents, children, and citizens - who donated their personal money to build and place these monuments where they stand to honor the memory of their fallen family members," said Pierre McGraw, president of the Monumental Task Committee, which has been advocating keeping the monuments in place.

Those calling for their removal said they glorify a shameful part of the city and country's history.