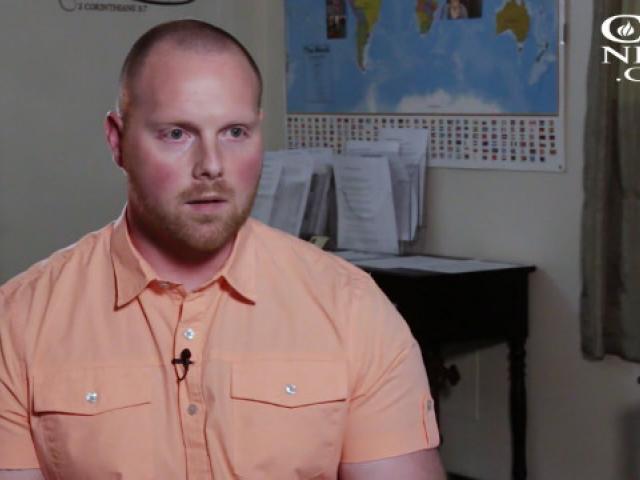 Two drug counselors who were in charge of supervising drug addicts both died of drug overdoses.

It happened Monday at Pennsylvania's Freedom Ridge Recovery Lodge in West Brandywine, which is about 45 miles west of Philadelphia.  The two, who were the only counselors in charge of the facility's patients, were in their separate bedrooms, one in the basement, the other on an upper floor.  Drugs, including fentanyl and heroin, and drug paraphenalia were found scattered around each room.

Both died from overdoses of heroin and fentanyl, which is a synthetic form of heroin that is 100 times stronger.  The names of the men have not been released, only their ages, 33 and 24.  They were responsible for patients staying at the facility who were all men in their 20s, 30s and 40s who were all allegedly working towards kicking their own drug habits.

Sometimes fentanyl is laced into heroin and the buyer is unaware of its presence.  Other times users want the extra-potent drug.

Many law enforcement jurisdictions across America forbid officers at drug scenes from even touching fentanyl, as it can be deadly.  Earlier this month an Ohio officer overdosed on fentanyl after brushing it off his shirt following a drug bust.

In a prepared statement, Chester County District Attorney Tom Hogan Hogan said what happened at Freedom Ridge Recovery Lodge is a "frightening example" of the deadly opioid epidemic that has been ravaging Pennsylvania and other states.

"The staff members in charge of supervising recovering addicts succumbed to their own addiction and died of opioid overdoses," Hogan said. "Opioids are a monster that is slowly consuming our population," he added.

The Freedom Ridge incident is a painful reminder that sometimes drug treatment centers are no better than the streets from which the patients came.

CBN News recently interviewed Matt Gossard, who suffered with a heroin addiction for five years, during which time he has brushes with the law.  He went to a court-ordered drug treatment facility where he says, "It didn't work out too well because I got high while I was there."

However, Gossard eventually came clean and now runs a successful Christ-centered drug treatment program called The Refuge, where he reports 9 out 10 "stay on track."

Gossard says the only treatment facilities that work are the Christ-centered ones.  He described how he finally kicked his heroin habit at a Christian rehab facility in southeastern Tennessee called Our Master's Camp.

"I was Iying in my bed and I started to pray," he recalled, "And I started thinking about all the horrible things I had done in my life and I thought, 'I wonder if it was me, if it was actually me. If I was the only person on earth, would Jesus still have came and died just for me?' And that night it was the first time God ever spoke to me. He said, 'Yes son, I would have.' I shot up in bed, started balling my eyes out, I was like, 'This is the encounter I've been waiting for.' And it was that night, November 22, 2011 where I just let everything go."

Gossard says all addiction stems from believing lies perpetrated by the devil, and that recovery only works when you identify the lies and replace them with the truth.

"It's not good enough to say, 'Well let's take that addiction away,' because it's just a symptom of an underlying disease," he explained, "What we're aimed at is to get to the root of that disease. And ultimately what that disease is, is a lie from Satan."

He continued, "Lies that you're not good enough, or you don't deserve help-really anything that's the opposite of what Jesus represents. We help people realize what the lie is, extract it, take it out. And the Bible says that once that lie is extracted, it has to be filled back up with the fruit of the spirit.  And Jesus says, 'I am the way, the truth and the life.' So we inject that truth back in.  Now there's no room for that lie to get back in."