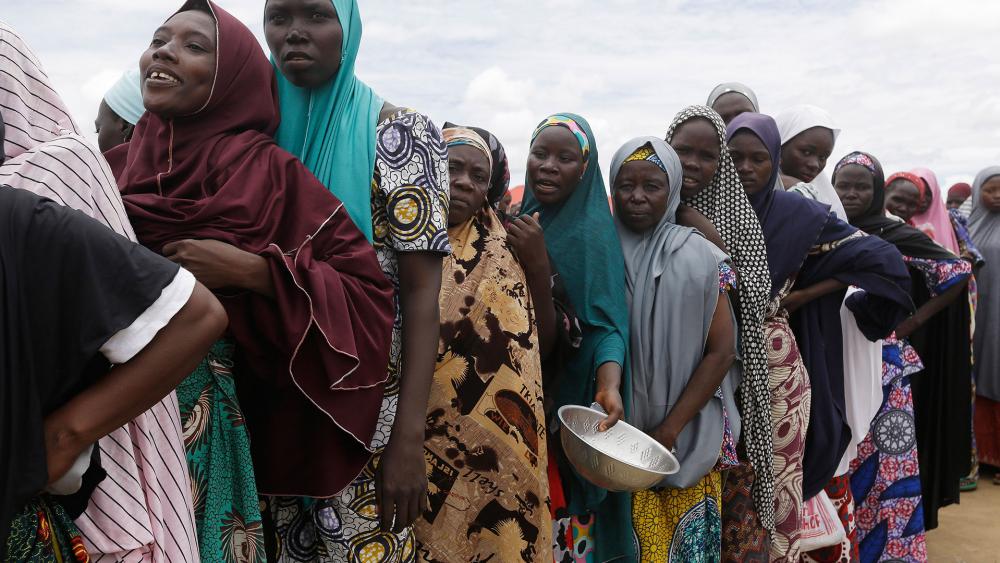 Tens of thousands of Nigerians are still trapped in refugee camps and the situation is considered to be one of the worst humanitarian crises in the world.

Boko Haram terrorists forced an estimated 1.8 million Nigerians to flee their homes, like those living in Borno. It's in Nigeria's northeastern province and the United Nations reports many of them had to leave behind everything.

The government initially told residents they could return to their homes by the end of the month.

However, as a result of ongoing fighting, they're now declaring it unsafe to leave, forcing the refugees to stay in their camps.

"What we are doing now is mop-up of the fleeing Boko Haram terrorists who are running into the fringes of the forest as well as border areas," Maj. Gen. Lucky Irabor, commander of the forces, said.