She Said 'Yes' to Life, Now Her Baby's Heart Will Still Beat in the Lives She Saved 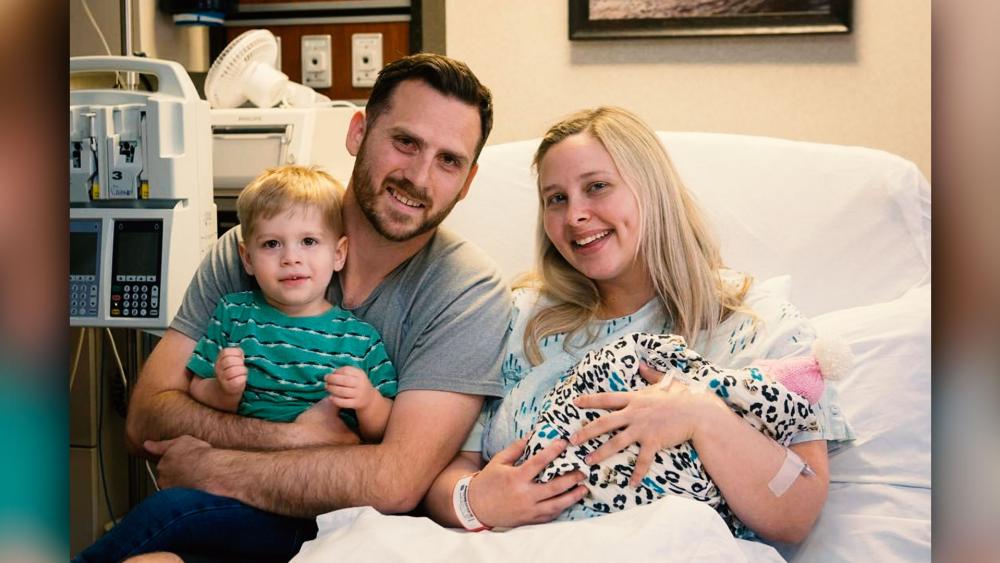 Earlier this month, a young Okla. couple was forced to say “hello” and “goodbye” to their newborn baby on the same day.

Keri and Royce Young’s journey started last December, when the couple went to their 19th week ultrasound to find out their baby’s sex. The couple told very few people about their scheduled sonogram visit because they wanted to keep the moment private and special. But in a Facebook post shared last year, Keri notes that she and her husband ran into one of those people as they were leaving church to head to the doctor’s.

Keri goes on to say that before their car pulled away, she told her friend that she just hoped her baby would be born with a brain. At the time, she didn’t think anything of the comment and neither did her friend.

But just hours after that exchange, the Keri’s worst fear was confirmer: If carried to term, her daughter, Eva Grace, would be born without a brain.

Keri’s pro-life convictions left her with no choice: She would deliver her baby, knowing full well what that meant.

In the post, the mother recalls how conversations and events leading up to her ultrasound only confirmed her beliefs about the value of life. The first she highlighted was the 2016 presidential debates. Keri specifically states that the heated late-term abortion talks between Democratic presidential candidate Hillary Clinton and Republican candidate Donald Trump tested her.

“It made me realize some people choose abortion for more reasons than an unplanned or unwanted pregnancy,” Keri writes, adding, “If I were put in this position, I’d want that baby alive and healthy for as long as possible. So if that means carrying the baby to 40 weeks, I’d take it. And from a practical standpoint, organs! I’d love knowing my baby’s heart was still beating, even in another baby’s body.”

Keri also recalls a story about a woman who lost her baby but decided to donate breast milk. After hearing this, she resolved that if she was ever in that position, she would do the same.

Given all this, the moment the news hit them about little Eva, Keri knew how she felt and what she would do. And through the process, her husband Royce, a writer for ESPN, shared with his Facebook followers how much he values his wife ‘s decision to carry their daughter to term, even though they both knew that Eva Grace could only survive a few days at most outside her mother’s womb.

On April 18, the day after their bundle of joy came into their life and left, the couple each shared separate photographs of what it was like to be with their first daughter for her brief time on Earth.

Royce’s photo shows him holding his daughter Eva Grace and looking down at her.

Keri’s photo shows her smiling with her husband, their 2-year-old son and newborn Eva. In the post shared on Instagram and Facebook, the 31-year-old mother writes, “We said hello and goodbye to our sweet Eva yesterday. She was so perfect in her own little way. I’ll be sharing more about her incredible story later. And of course, this is NOT a sad post. Don’t hit that button.”

The couple’s decision to have their daughter’s organs donated is an honorable act that has gained viral attention. Through the process, it has also sparked a larger conversation about organ donation.

According to American Living Organ Donor Network, “In the United States, one person dies almost every hour waiting for an organ transplant. Over 90% of those waiting can be helped by a living donor. More than a third of all organ donors in the U.S. are already living organ donors. They are the unsung heroes of the transplant story.”

– This One Statistic Could Lead to Stricter Abortion Laws in the U.K.