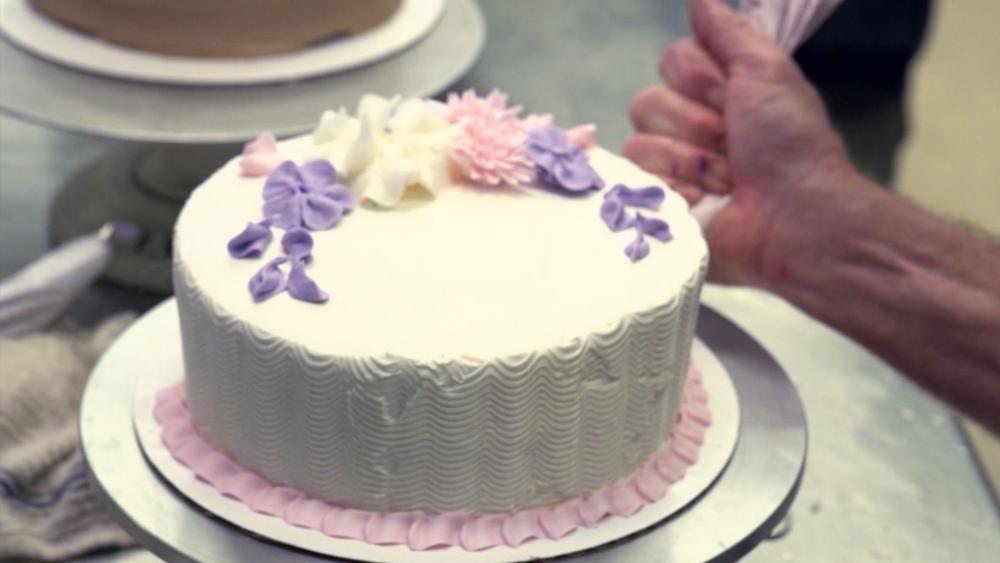 WASHINGTON —  On December 5, the Supreme Court will hear a case that could potentially rock the constitutional freedom of religion as we know it. Although headlines will likely focus on a baker and a wedding cake, the case has ramifications for anyone whose faith puts them at odds with the government.

It all began five years ago in a Denver bakery when two gay men asked baker Jack Phillips to make them a wedding cake. The conversation lasted only minutes but Phillips remembers it well.

"I really had no idea that it could escalate to something like this," he explains, " I just wanted to try and find a polite way to tell them that I couldn't create the cake that they were looking for."

Nine supreme court justices will now dissect Phillips' answer and decide whether or not it was legally okay for him to say "no." Phillips didn't say yes because he believes that God designed marriage for men and women. His lawyer, Kristen Waggoner with Alliance Defending Freedom, told CBN News that she thinks that tolerance is the strongest argument Phillips has in his favor.

"Regardless of what you believe about marriage, if you want to have freedom for yourself you have to extend that to others," she said.

Passion for Art Goes Way Back

Phillips says his passion for art goes all the way back to his childhood. "Right from the start when I was a little kid I was always drawing and coloring," he said, "if I wasn't playing I was drawing."

Phillips remembers his excitement when he discovered cake decorating and realized he could fully use his artistic skills in the bakery. He also enjoyed meeting with and getting to know couples about to get married. Soon his wedding cake business took off. It all came crashing down, however, after his conversation with Charlie Craig and David Mullins.

The Cost of Following His Conscience

Shortly after Phillips declined their request to make the gay couple a wedding cake, they filed a complaint, saying that the baker had violated Colorado's anti-discrimination laws when he turned them down. The state's civil rights commission and an appeals court agreed. Those rulings forced Phillips to stop making wedding cakes altogether and cost him 40 percent of his business.

"Before this all happened I had ten employees working for me," said Phillips, "now I have four including myself. I had full-time people doing deliveries, full-time bakers. On Saturdays I had three or four girls who were there specifically to sit down with brides when they came in. And now we've lost that. I've lost the fellowship and the people who were working for me. They've gone on to other things."

The ACLU and LGBTQ activists say Phillips' decision to refuse to make the cake is all about discrimination. "In essence, the bakery seeks a constitutional right to hang a sign in its shop window proclaiming 'Wedding Cakes for Heterosexuals Only'" said the ACLU in a court brief.

ACLU attorneys say that even creative professionals like Phillips should not be exempt from non-discrimination laws and that wedding vendors are not endorsing their customers and what they do. They see the case as part of a larger effort to banish LGBTQ people from public life.

Phillips maintains he wanted to serve Mullins and Craig as customers and told them he would make them anything, except a wedding cake.

Religious Liberty for All

Attorney Mark Rienzi is senior counsel at the Becket Fund which specializes in religious liberty for all faiths. Rienzi says we should celebrate living in a diverse, pluralistic society and not force unwilling people to adopt our beliefs. "Giving Phillips the ability to continue to live out his faith is not going to create some long list of bad effects for everybody else," says Rienzi, "Phillips is not out there trying to stop somebody else from getting married. He's not trying to block someone else's bakery so they can't bake the cake. He's just saying 'that's something I don't agree with. I can't participate.'"

Rienzi notes a long history of the U.S. supporting conscience rights. For example, doctors and nurses don't have to perform abortions if they disagree and pacifists don't have to fight in wars.

Waggoner argues that Phillips is actually the true victim of discrimination. She points out how the same civil rights commission allowed another Denver bakery to refuse to bake a cake with an anti-gay message.

"That's viewpoint discrimination," said Waggoner, "It's targeting people because of their religious beliefs on marriage."

Court watchers say no matter how you slice it, this case centers around Justice Anthony Kennedy. He's known as the court's top "swing" vote and has supported not only gay rights but religious liberty and free speech.

Jack Phillips says he's learned a lot about trusting God in the last five years, since that significant conversation with the gay men in his bakery. He plans to trust Him for this latest court battle as well.

"I'm an artist and a Christian at the same time and I hope that the court realizes that everyone has those lines that we draw," he says.

While Phillips' lines of faith are clear; whether or not they're legal is now up to the court.