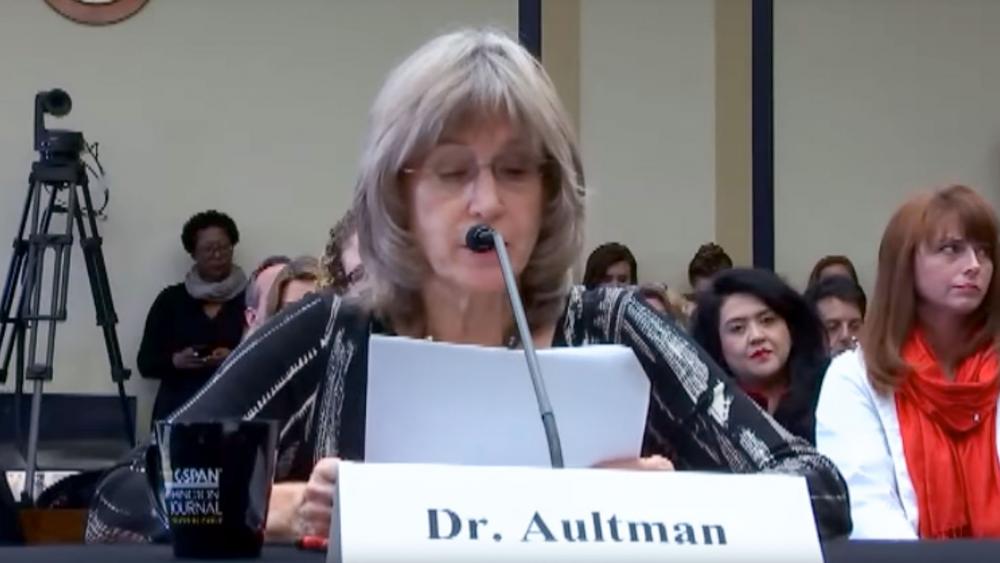 Dr. Kathi Aultman was once an avid supporter of a woman's right to have an abortion.

"When I entered medical school, I believed that the availability of abortion on demand was solely an issue of women's rights and during my residency I moonlighted doing abortions," Aultman testified in front of a Congressional committee Thursday.

"I was always fascinated by the tiny but perfectly formed limbs, intestines, kidneys, and other organs and I enjoyed looking at their amazing cellular detail under the microscope, she recalled.

"I realize it is hard to imagine someone being able to do that and be so detached, but because of my training and conditioning, a human fetus seemed no different from the chick embryos I dissected in college. I could view them with strictly scientific interest devoid of any of the emotions with which I would normally view a baby," she explained in her written testimony.

Aultman, a board certified OBGYN and a fellow of the American College of Obstetricians and Gynecologists, is now pro-life and urged lawmakers to pass the Heartbeat Protection Act, a measure that which would ban abortions at six weeks of pregnancy after an unborn baby's heartbeat is detected.

"I love to meet adults that I delivered, but it's always bittersweet because I am reminded of all the people I will never meet because I aborted them," Aultman told the panel. "It also reminds me that I am a mass murderer."

She went on to say, "Just because we can't see who they will become, we feel justified in sacrificing babies in the womb for the people we can see," she said.

"Our society has been subjected to extreme propaganda" from abortion supporters, she said. "We have sanitized our language to make abortion more palatable."

Aultman said her views about abortion changed after she saw young women who chose to keep their babies versus women who struggled emotionally after aborting their babies.

"I don't believe a woman can remain unscathed after killing her child," she said.