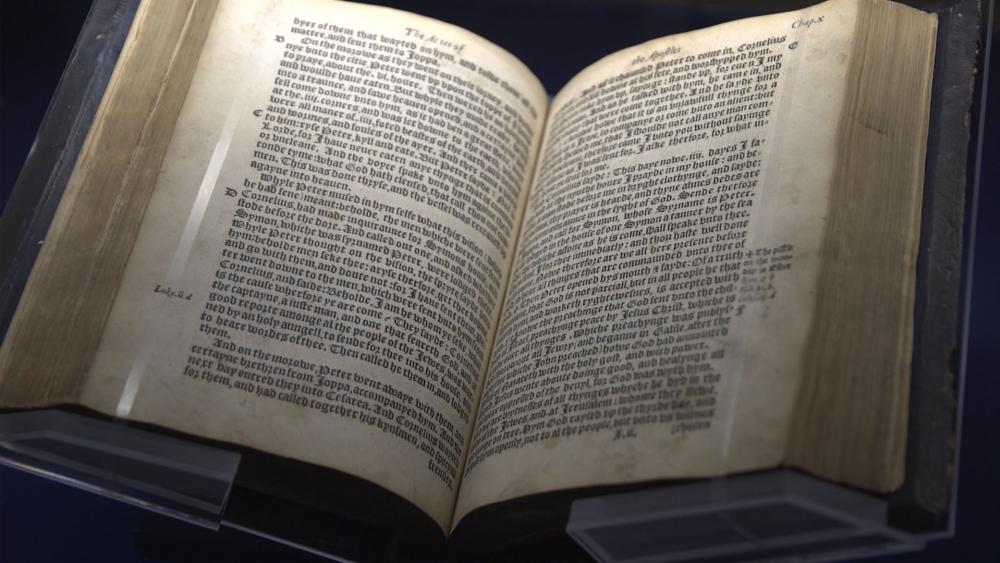 WASHINGTON – The highly anticipated Museum of the Bible opens this week and along with it, co-founders Steve and Jackie Green have released a new book.

This Dangerous Book: How the Bible Shaped Our World and Why it Still Matters Today explores the influence of the Bible throughout history and the Greens, who own the Hobby Lobby arts and crafts store chain, also share some of their own personal faith stories.

The Dream of a Bible Museum Becomes Reality

In an interview with CBN's Jenna Browder, they explained the reasoning behind the title.

"As a believer and reading the Bible, we're redirected in our lives to do things we don't really plan to do, so we feel like it can be dangerous and it can be difficult," Jackie said.

Many of the featured artifacts in the museum come from the Greens' own personal collection.

"Our first artifact that we acquired was in 2009," said Steve. "So it's been a fairly rapid journey and as our collection grew, that's when the family really felt the sense of responsibility that we needed to make sure that this dream of a Bible museum became a reality."

Steve and Jackie Green: 'The Bible Guides Us'

The Bible has been a guiding light for the couple throughout their marriage and has also helped them make many major life decisions.

"Of course the one that many people know is our Supreme Court case," said Steve. "The government was telling us [Hobby Lobby] that we had to be a part of taking life and our family met and said that we can't be a part of taking life. Our religious convictions prevented us from doing that and it led us to challenge the government that we love and at that time there was a question as to what the cost might be, knowing that our business was on the line."

The Greens say they're encouraged by what the Trump administration is doing today as it relates to religious freedom.

We asked them about some of the mainstream media criticism the museum has received.

"The idea that we're only presenting one perspective would be a misunderstanding because we have brought in scholars from all different faith walks and our effort is not to go down a particular faith tradition," said Steve. "It's simply about the book. I say set your faith at the door. It's not about espousing our faith. It's simply about educating people about this book."

The Greens say they trust God is with them in this undertaking, guiding and directing their steps.

"We have the confidence that if we are true to pointing people to this book, true to the facts, that God will show up and He will impact people's lives," said Steve.

The Museum of the Bible opens to the public Friday, November 17th.