Startup Culture: How Millennial Entrepreneurs Are Shaking Up the Status Quo 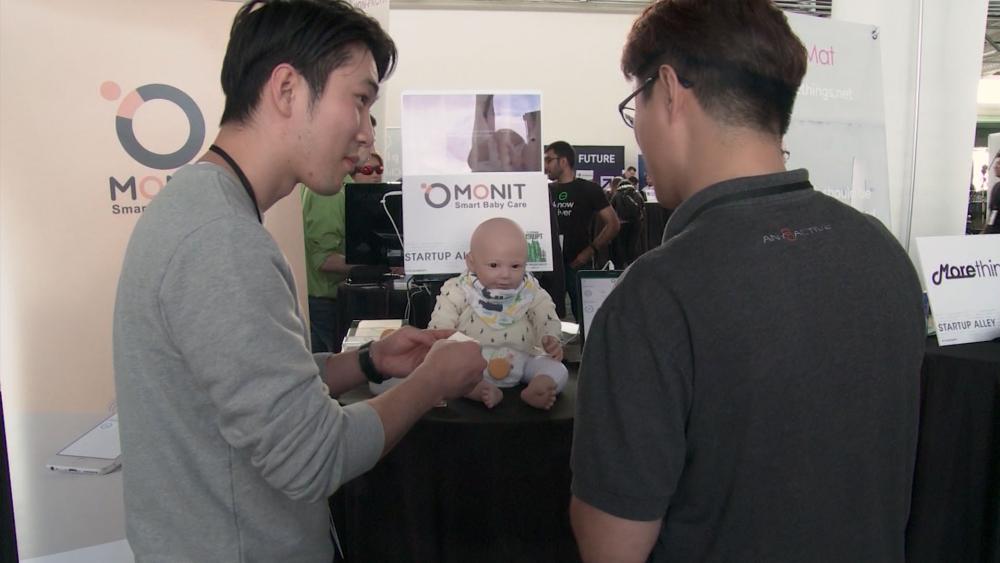 5655304865001
Startup Culture: How Millennial Entrepreneurs are Shaking Up the Status Quo

SAN FRANCISCO — In today's economy, new businesses can disrupt the status quo while also developing the next wave of important technologies. Since they bring fresh approaches and ideas, even established corporations are looking closer at this "startup culture."

From affordable housing and step-by-step guides for getting a green card, to an electric foldable bicycle, you can find a startup.

"A startup is a team in search of a business model and in search of a market and customers to serve," explained Marvin Liao, a venture capitalist with 500 Startups.

Dozens of startup entrepreneurs came together for "TechCrunch Disrupt" in San Francisco, where they displayed their startup products and services and competed for $50,000 in capital seed money for their startup.

Entrepreneurs like those at TechCrunch Disrupt are constantly coming up with new business models or disrupting existing models with new innovative ideas.

Xiao Wang is the co-founder and CEO of Boundless, which he described to us as, "a new technology company that helps all families finally navigate their immigration journey with confidence."

Ankur Agrawal was at TechCrunch as an ambassador for a start up called Inhabitr.

"We've started this company that is basically like Airbnb for long-term and shared housing, where we take any home and convert it into a shareable, long-term home. And the idea is get it all done in three clicks. Find your home, book it online and add all the furniture, linen, everything online, including co-signers, all online," Agrawal said.

Best Startups Indentify One Problem and Solve It

This developing culture is attractive because it often leads to greater efficiency, while spending less money.

"The best startups in general are learning machines and they're really narrowly focused on solving one small problem. And over time this might become a big problem for a lot of people. This is how startups grow very, very fast and become big, huge monster companies," Liao said.

That potential to make a big difference in a small amount of time is a big draw, especially for Millennials.

Gabe Nudel, the COO of Gi Flybike, wanted to help people spend less time stuck in traffic. So he came up with a fold-up electric bicycle for urban commuters.

"Americans spend 8.2 billion hours in traffic annually, and we think we can do better and this is our solution," Nudel said.

Craig Jarrell created a startup called Swapwink, a smart phone application that brings customers and businesses together via coupons. Jarrell is a Millennial who says he wants something different out of life and business than what his parents had.

Maddie, a high schooler who is one of the creators of a ride-sharing service, described how their startup is different from the rest.

"So, our company, Safe Car, is a ride-sharing service for minors and we have a few safety features that differentiate us from other ride-sharing services. What we do is we have a live camera feed of the interior of the vehicle. We have a live tracker so parents can see exactly where the car is throughout the whole ride and an emergency button in case anything were to go wrong."

"Creating a startup at such a young age is giving us the chance to take risks we might not have taken later on in life," said Umberto, also with Safe Car.

Umberto and Maddie's colleague, Thomas, said, "When it comes to the investors and stuff like that, I feel like at first they won't take us seriously but once we do show them the traction and numbers that we're getting, I do think they'll take us seriously and be impressed."

Established corporations also played a role, with representatives from Price-Waterhouse-Cooper sharing how they're working to adopt their own "startup mindset," and disrupt themselves.

"PWC had a model that served it well for 100-something years and of course it didn't take lightly changing that. But PWC is also very good  – and has been very good at recognizing  – is there a market opportunity and are we, in fact, taking advantage of it?" PWC's Rik Reppe asked.

"You could think of these sort of weird things that we have like "The Experience Center" as distinct, but linked," Reppe said. "We've separated them physically, we still work with the rest of the firm, we're dependant on the rest of the firm. But it allows the culture to grow in such a way that the creators can create and they feel like they're unencumbered and unfettered."

Reppe said the risk of failing to quickly implement innovation could mean extinction.