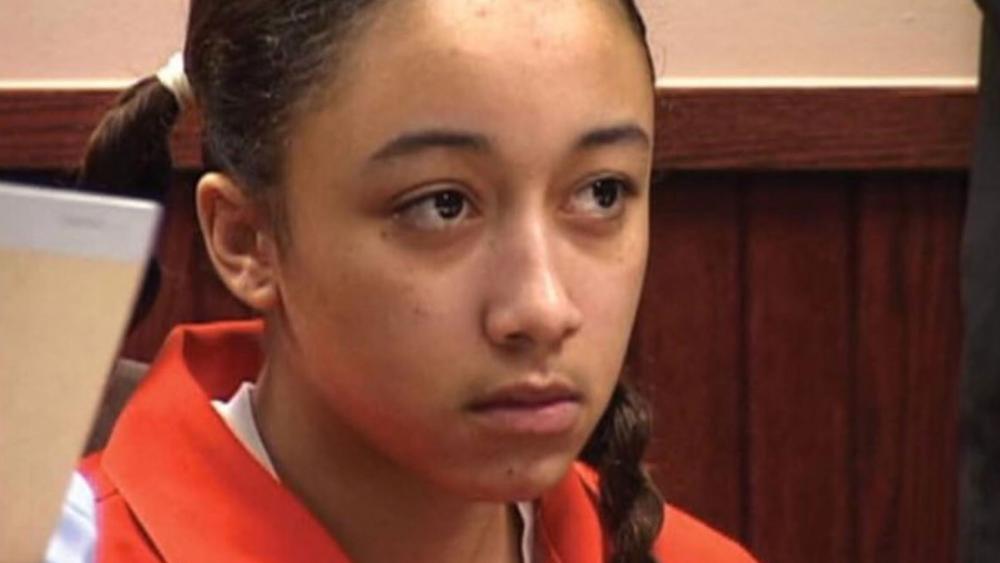 Cyntoia Brown was just 16-years-old when she was forced to sell her body for sex. Now, she will spend the rest of her life behind bars for killing a man who held her captive as a sex slave.

Brown was trafficked by a pimp named Kutthroat, who physically, sexually, and verbally abused her until he sold her to 43-year-old realtor Jonny Allen.

The teen said Allen owned several guns and acted strangely. Convinced he would murder her, Brown grabbed one of her captor's guns and shot him dead.

When the case finally came to court 13-years-later, Brown was sentenced to life in prison without the possibility for parole for at least 51 years for first degree murder.

During her trial, Brown said she was repeatedly hit, choked, raped, drugged, and almost always had a gun pointed at her.

However, prosecutors said the motive for murder was robbery because the 16-year-old took Allen's wallets and guns with her after shooting him.

Brown's case has since gone viral and activists are calling for release.

In 2011 a documentary following Brown's story called Me Facing Life: Cyntonia's Story aired. In it,  Founder of End Slavery TN Derri Smith, said: "She did kill someone, she deeply regrets it, but she was a child and she was being exploited."

Celebrities have also joined the chorus of people calling for mercy.

"It's heart breaking to see a young girl sex trafficked then when she has the courage to fight back is jailed for life," reality TV star and business mogul Kim Kardashian wrote. Kardashian also says she contacted her own attorneys to try and help Brown.

The system has failed. It's heart breaking to see a young girl sex trafficked then when she has the courage to fight back is jailed for life! We have to do better & do what's right. I've called my attorneys yesterday to see what can be done to fix this. #FreeCyntoiaBrown pic.twitter.com/73y26mLp7u

did we somehow change the definition of #JUSTICE along the way?? cause..... Something is horribly wrong when the system enables these rapists and the victim is thrown away for life! To each of you responsible for this child's sentence I hope to God you don't have children, because this could be your daughter being punished for punishing already! #FREECYNTOIABROWN #HowManyMore

The policy advocacy group MoveOn.org has also collected more than 200,000 signatures calling for her release.

"Cyntoia could be your daughter. This petition needs as many signatures as possible so that it can be presented for consideration for clemency by the Tennessee Governor Bill Haslam," the petition says.