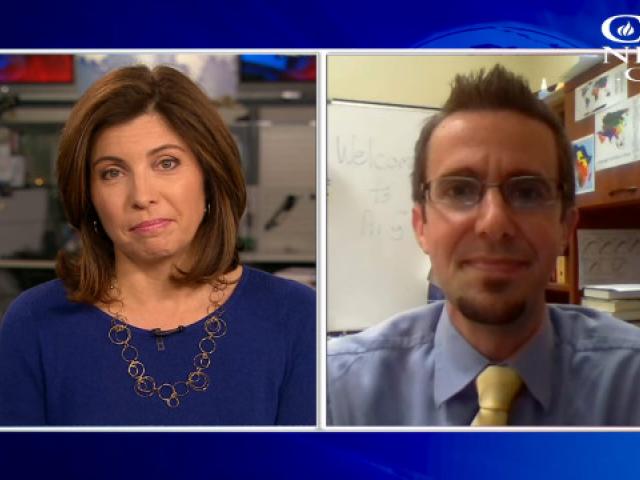 One Harvard-trained cell biologist is going against the grain with his new findings that he says debunk the Darwin myth.

Dr. Nathaniel Jeanson of Answers in Genesis says his years of research into the origin of species proves the theory of evolution has serious flaws.

His current research involves using DNA comparisons to understand the true beginnings of life as we know it. The result of his ground-breaking study is found in his latest book Replacing Darwin: The New Origin of Species.

"You think about Darwin's subject matter – species like giraffes, elephants, zebras – things that we all recognize. The number that he knew in 1859 was a fraction of what we know today, probably 15 percent of what we know today Darwin knew back then," he told CBN News.

"I think for any other historical question, if you say, 'Hey, The author of that conclusion had only access to 15 percent of the data,' you would probably revisit it," Jeanson continued.

With a Ph.D. in cell and developmental biology, Dr. Jeanson is uniquely qualified to investigate what genetics reveal about origins.

He says Darwin's theory of evolution is often considered one of science's "sacred cows," but he believes modern day genetics research is proving it wrong.  He determines that if Darwin were to examine the evidence today using modern science, his conclusions would be vastly different.

Since Darwin's On the Origin of Species was published in the mid-19th Century, entirely new fields of science have emerged – fields which hold the keys to the origin of species.

"The origin of the species is fundamentally a genetic question that has the only direct scientific answers to the question.  And Darwin tried to answer that question 100 years before anyone knew that DNA was the substance of heredity," Jeanson explained.

"We haven't been really able to answer this question until now. So he took what I think is an unprecedented massive scientific risk and it's worth our while to go back and revisit this," he said.

Dr. Jeanson knows firsthand how hard it can be to change an entrenched social narrative, even if it's wrong. Jeanson says it's his mission to usher in the days of a new scientific revolution.

"What this book represents is meeting the evolutionist's challenge and saying, 'OK, let's now deal with modern genetic data.' The most important scentific field on this question. Can evolution make sense of what we see? Can it predict the number of differences between humans and chimpanzies? Can it predict the rate of which DNA change happens? These sorts of questions," Jeanson said.

"And what I argue in the book is – evolution is failing at this. And to many people's surprise, even my own, Creationists exceed the rate of evolution. I can predict the rate that cats, dogs, elephants, giraffes change their DNA. I don't think anyone saw this coming," he stressed.

"We're advancing our knowledge of the world. The rates of genetic change in these various species, which is the fundamental mechanism of evolution, that's not been measured in the millions of species that are out there. Just a handful. And I'm saying based on this handful of results, I now can predict the rate of at which jaguars change their DNA. And that's a huge advance. That's the type of laws of science that we need to discover things about the world,"  Jeanson explained.