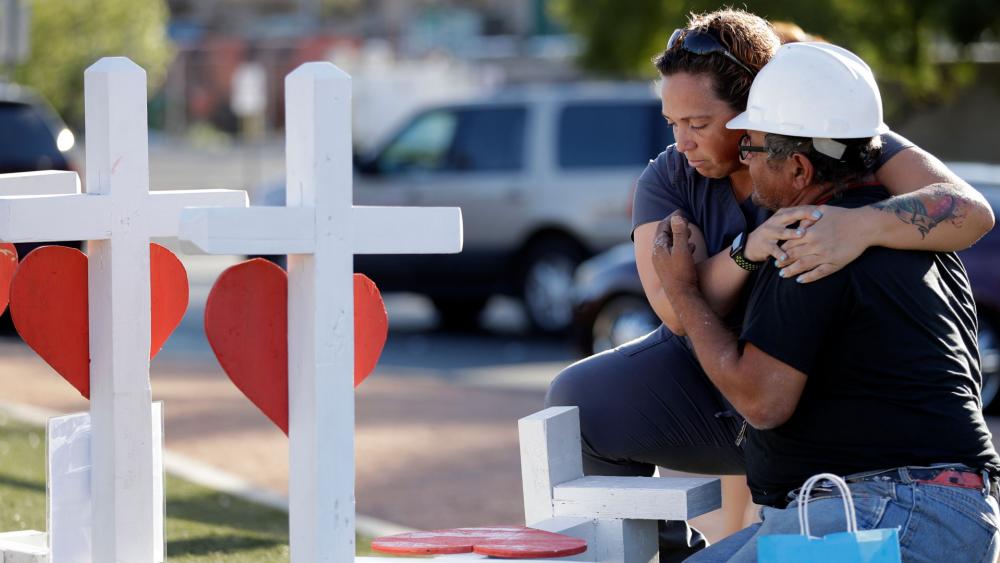 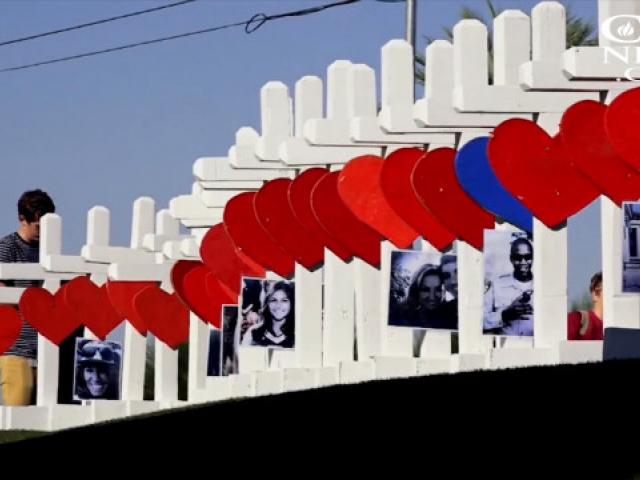 A Chicago man honored the victims of the Las Vegas shooting massacre by hand making and delivering crosses to display near the location of the shooting.

Greg Zanis, a retired carpenter, drove nearly 2,000 miles from the Chicago area to install the crosses on a patch of grass near the iconic "Welcome to Las Vegas" sign.

The crosses, which Zanis said took him two days to cut and paint, feature a big red hearts on them.

For Zanis, the crosses hit close to home. He made his first cross 20 years ago when his father-in-law was suddenly killed.

"That just changed my life," Zanis said. "My first cross was for somebody that I loved. And when I put up these crosses here, I always think of my personal loss here too. Always."

Zanis has since become well-known for erecting  and installing more than 20,000 crosses over the past two decades, including after the Columbine and Sandy Hook school shootings and the massacre at an Orlando nightclub.

He plans to keep the tribute up for 40 days before giving the crosses to the families of the victims.