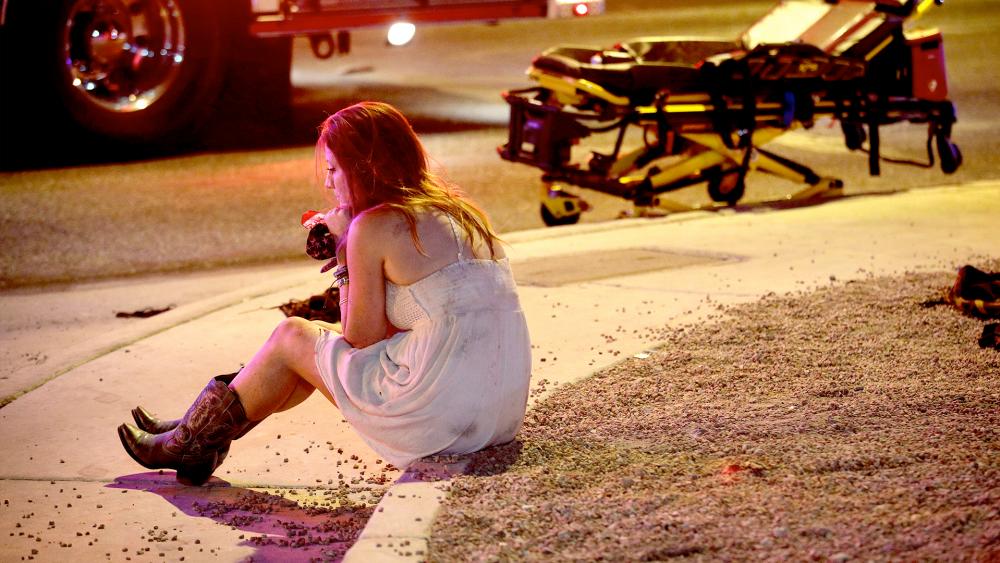 At least 58 people were killed and 500 others were injured in the attack. It is being called the deadliest shooting in U.S. history.

The gunman, who has been identified as 64-year-old Stephen Paddock, was killed during a confrontation with police shortly after.

Jason Aldean, Jake Owen, Aldean, Lee Brice, Dylan Scott and Luke Combs were among those who performed at the concert.

"Gun shots were ringing off of the stage rigging and road cases. No one knew where to," Owen wrote on Twitter.

"Praying for everyone here in Vegas," he wrote on Twitter. "I witnessed the most unimaginable event tonight. We are okay. Others aren't. Please pray"

He asked everyone to pray to God.

Jason Aldean later posted an emotional post on Instagram asking for people to pray for the victims.

"My thoughts and prayers go out to everyone involved tonight," he wrote in his post. "It hurts my heart that this would happen to anyone who was just coming out to enjoy what should have been a fun night."

Tonight has been beyond horrific. I still dont know what to say but wanted to let everyone know that Me and my Crew are safe. My Thoughts and prayers go out to everyone involved tonight. It hurts my heart that this would happen to anyone who was just coming out to enjoy what should have been a fun night. #heartbroken #stopthehate

Other country music performers also posted on social media they were praying for the victims.

Hearts out to Vegas. Route 91 concert, stage I played two nights ago. Musicians, fans, workers, you are all in our prayers right now..

Prayers to everyone at @Route91Harvest in Las Vegas. We are ok, had literally just left for the airport. What is wrong with this world!!

Praying for everyone in Vegas. We were there last night and many of our friends are still there. Praying for you all.

Praying for everyone at Route 91. That crowd was one of the best I've played for all year. This news is devastating. My camp is home & safe.

Woke up to such horrible news. We are praying for the victims and their families. May the Lord bring some comfort to them.

I love country music, our fans, and our industry. We are a family. And we are hurting together… https://t.co/fnWRN1HFMn

I just don’t understand the evil that is in some people. I am so devastated for the victims and their families from the shooting in Vegas. Praying non-stop for these people. Sending so much love.