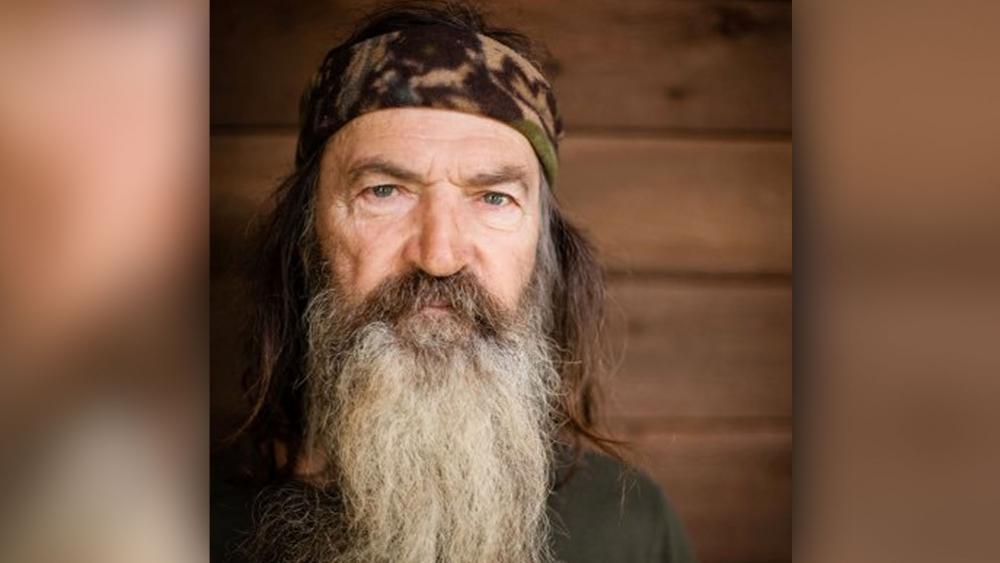 Phil Robertson of "Duck Dynasty" warned those gathered at the Family Research Council's Values Voter Summit this weekend, that Satan is real and at work on people.

"The whole world is under the control of the evil one," he said, pointing to the Las Vegas massacre and the sexual abuse allegations surrounding Hollywood mogul Harvey Weinstein. "Satan has taken them captive to do his will...evil doesn't need a motive. All it needs is Satan, working in people, prompting people."

Robertson admitted that he'd been taken captive by Satan in his life, but God didn't leave him there and he won't leave others there either.

"I've had some pretty raunchy sins in my first 28 years on the earth...Grace is far better than law. Grace says all your past sins can be removed and never counted against you again," he said.

Robertson said he strives to live a 1 Thessalonians 4:11 life now: "Make it your ambition to lead a quiet life: You should mind your own business and work with your hands."

But he says he can't help but notice the "vitriol" and "hatred" going on in our world.

"I'm almost tempted to ask the Democratic Party four little words," he said. "Do y'all love Jesus? The reason I'm asking you, Democratic Party, is I've never heard you say one way or the other. Do you love him? And I'm waiting on an answer."

"Do you love him or do you hate him? I'll unashamedly say I love him. I'll tell anybody that. The final question I would like to ask everyone, including you – what's wrong with Jesus? I've investigated him. I've carefully inspected the man. I can't find anything wrong with him," Robertson said.

Robertson is now working at Conservative Review TV (CRTV), hosting a show called "In the Woods with Phil."

"What does a man do when they try to run him out of town for quoting a Bible verse? I tell you what he does; he goes deep in the woods," Robertson says in a promotional video for the new show.

"For far too long we have been told to shut up. No more. Here's the deal, America. These are my woods. Out here, I call the shots. Out here, we reject political correctness."

Ready to hear someone mean what they say & say what they mean? Here's how you can watch "In the Woods with Phil" ... https://t.co/inxL8Lovf1 pic.twitter.com/kBsp7wwkDI