'I Wouldn't Have Made It': Las Vegas Shooting Victim Reunites With The Man Who Saved His Life 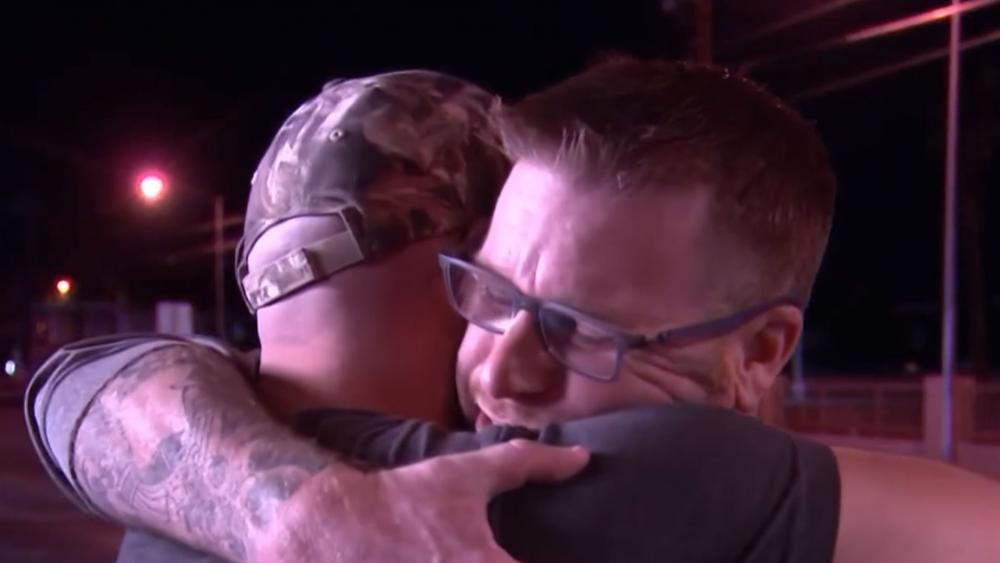 As Las Vegas grieves the loss of 59 lives and hundreds injured at least one man is giving thanks, saying he wouldn't be alive today without the help of a stranger.

Tom McIntosh and his wife were at the concert and immediately ran for cover when the gunshots started. He helped his wife and another female concertgoer escape over a wall when he suddenly confronted death.

"I jumped over the wall and kind of walked trying to get away but I was bleeding really bad," McIntosh told NBC's Today Show. "By the time I got over the wall, my pants were already soaked and my shoe was full of blood."

One person stepped in and put a makeshift tourniquet on his leg to stop the bleeding.

"Somebody tried to help me, and he wasn't really doing it right and then James came along and tied up my leg and kept me from bleeding anymore."

James Lawson and the other man put McIntosh in a truck and took him to the hospital. McIntosh believes he wouldn't be alive today if it wasn't for Lawson's help.

The two men hadn't seen each other since they parted ways at the hospital. That all changed when Today News reunited the men on live television.

McIntosh and Lawson hugged each other tightly as McIntosh said, "Thanks, buddy. I appreciate it."

It was an emotional reunion but both men agreed, what started out as a tragedy is now the beginning of a close friendship.