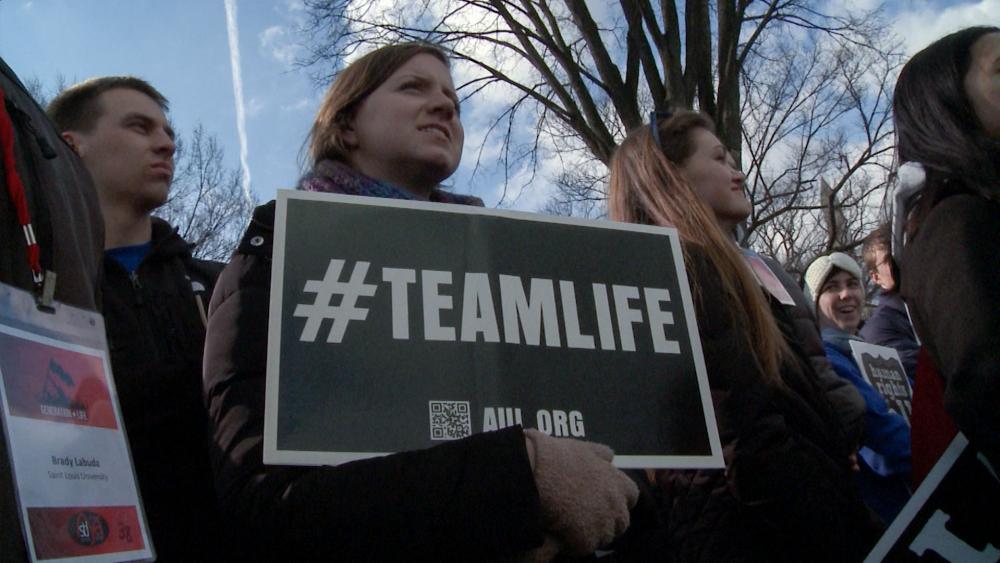 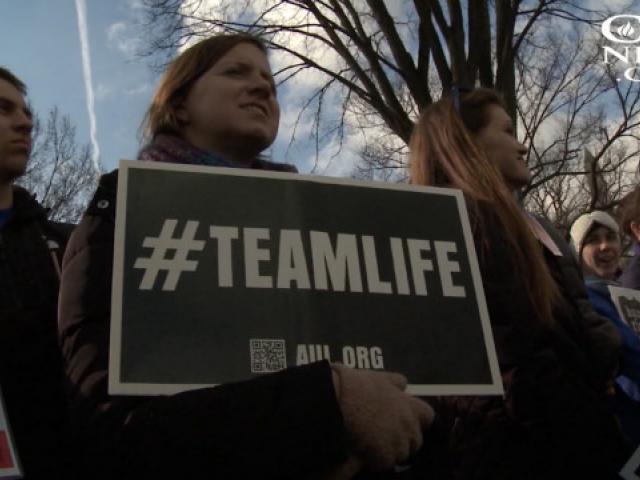 WASHINGTON – Democrats once claimed to be the 'big tent' party, accepting varying ideas and different views for debate.

It appears, however, there's no room in the tent for at least one voice: pro-life Democrats.

In the early 90s, more than 100 held office on Capitol Hill, according to Democrats for Life of America. Today there are six.

Even though they may not have much of a voice inside of the halls of Congress, pro-life Democrats exist and leaders in the movement say it's time for their voice to be heard, all 21 million of them.

Ignored by the Democrat Party

Day said she hears from a lot of voters who feel ignored by the party.

"There are so many people out there. I hear it all the time. I was doing an interview on the radio and some callers called in, I think three in a row said we would vote Democrat again if they would change their position on abortion," Day recalled.

"The Democratic Party is out of touch with Hispanic voters who think in a majority that abortion should be banned for any and all reasons," noted Musgrave.

This information, combined with a desire to win elections led some party leaders to act.  In July, Democratic Congressional Campaign Chairman Ben Ray Lujan tried to re-open the tent to pro-lifers by telling The Hill newspaper, "There is not a litmus test for democratic candidates. As we look at candidates across the country, you need to make sure you have the candidates that fit the district that can win in these districts across America."

Although House Minority Leader Nancy Pelosi, (D-California), and others indicated they're open to that idea, pro-choice advocates moved quickly to close the door.

"Ignoring women's fundamental freedoms and equality to win elections is an ethically and politically bankrupt strategy,"

"Their extremism is very damaging to the party, that's why you are hearing members of leadership saying there shouldn't really be a litmus test. "

Wear says someone with a stance that gels with likely voters makes more sense than a far-left candidate who will ultimately lose.

"It's only in DC where that argument makes sense. Not even their own constituents believe that women would be better off, the country would be better off if we had so called pure candidates on issues, which for them means supporting federal funding for abortion, supporting no restrictions on abortion.  We have candidates running and losing on that platform," Wear reflected.

Even still, Wear remains hopeful about the future of the party when it comes to the issue of life.

"The fight is real. One of the unfortunate things about the Democratic party is it seems to take us losing to revisit what should be settled questions. We lost two straight elections to G.W. Bush, the Democratic Party took a look and said maybe we need some change here," Wear commented.

"In 2006 when we carried a new posture on issues like pro-life, the party didn't become pro-life, that's not what we are talking about here. What folks are talking about is if there are Democrats that agree with the party on 90% of the issues, but don't agree on this issue, they should be able to run. They should be able to get support," Wear urged.

"When I was in Congress there were pro-life Democrats that were elected and that was actually strategy of Rahm Emanuel, who headed up the campaign committee at that time. But after they were elected, their majority chose Nancy Pelosi as speaker and then she just advanced her pro-abortion agenda," she said.

It's an uphill battle. One Day says she has fought for the last 15 years.

So why not just join the other side?

Day believes her ideal party goes beyond pro-life to whole life, meaning, caring for the mother from the womb to the tomb. She and other "whole life Dems" say this is accomplished through government-supported paid maternity leave, anti-poverty programs, perinatal hospice care, and women's support clinics.

"They actually provide support for the woman for three years. So if someone comes there pregnant, they provide prenatal care. They provide cribs, clothing, and diapers. They stay with them through three years, I don't think they kick them off after three years; they do everything to help these women," Day described.

So the fight to help women and win elections could play out in a unique way next year, pitting Democrat vs. Democrat when it comes to the important issue of life.