'Our Country Is in Trouble': Franklin Graham Says Only God Can Fix America

On the last night of his Decision Texas Tour in Longview, Texas, Franklin Graham handed down a powerful warning about the state of America.

"Our country is in trouble," he said, adding that hatred and division is running rampant.

Graham urged believers everywhere to pray that God would heal the hearts of the nation's leaders so they will "work together for the good of all Americans."

"We are told in the scriptures that we are to pray for those that are in authority. I've had some people tell me 'I'm not going to pray for somebody I didn't vote for.' Well, that's not what the Bible says," he said as the crowd rose to it's feet to stand in prayer.

"I'm not asking that we pray one time...I want this to be a pattern in your life," Graham said.

He said if the nation humbles itself, God can and will change the heart of its leaders.

"We've got to work together and God has got to bring the hearts of our politicians together," he said. 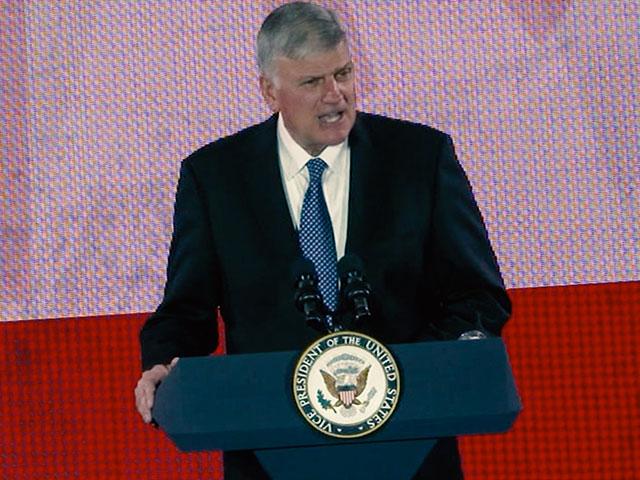