Pastor on Trump Vegas Visit: 'This City Needed Him and He Showed Up' 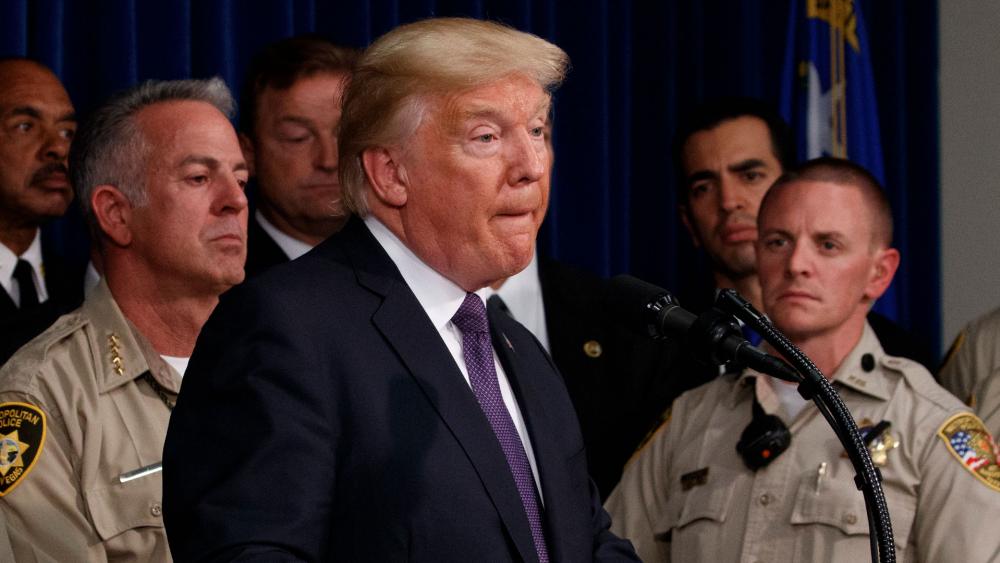 The stories of survival are nothing less than incredible as President Donald Trump met Wednesday with first responders, doctors, nurses and people who risked their lives to save strangers during the Las Vegas massacre.

"In the depths of horror, we will always find hope in the men and women who risk their lives for ourselves," President Trump said.

The Commander-in-Chief used words like "amazing" and "incredible" when talking about the first responders and medical teams.

"It makes you very proud to be an American when you see the job that they've done," Trump also said.

Visiting Las Vegas following the worst mass shooting in American history, President Trump met with victims and gae his personal thanks to officers and honored civilians who put aside their own safety to protect others.

"Americans dashed into a hail of bullets to rescue total strangers," the president said.

While in Las Vegas, Trump also met with local pastors.

"Shook our hands and told us pastors thank you for being here," said Pastor Pasquale Urrabazo. He got the chance to talk to the president and first lady one-on-one.

Urrabazo went on to talk about what it meant to have the president there, shaking his hand, following the tragedy, "It meant a whole lot, not only to me but to the whole city because this city needed him at this time and he showed up."

Pastor Vance Pitman of Hope Church Las Vegas agrees, adding that Trump continues to turn to God in times of tragedy, "People ask where is God in all this, God was right in the middle of it - God was drawing people to himself through this and saving people."

"May God bring healing to the families of the wounded & fallen," President Trump concluded.

The president was only in Las Vegas a few hours, but in that short time, he had a big impact in the wake of this tragedy. Meanwhile, the investigation continues into the motive behind this tragic massacre.