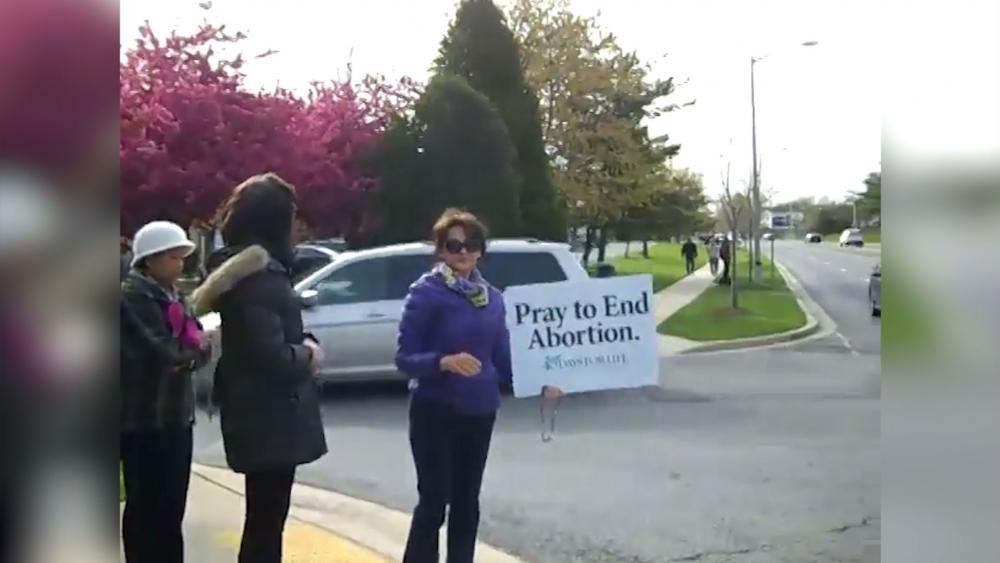 GERMANTOWN, Maryland – After 44 years of legalized abortion in America and some 60 million unborn babies killed, you might think pro-life forces are fighting a losing battle.

But they've just achieved a major victory against one of the most controversial forms of abortion in one of the nation's most pro-abortion states. And it's a victory that shows sometimes pro-life groups can force abortion clinics to close.

"Late-term" means exactly what it says. As Glenn put it, "A baby could be aborted past its due date. Nationwide we've been talking about this 20-week ban. But in Germantown, we actually need a 40-week ban."

When he learned what Carhart was doing so close by, Glenn couldn't stand it.

Unborn Babies Older than His Own Were Being Slaughtered

"My wife was 20 weeks pregnant with our third child," Glenn told CBN News, just a few feet from where Carhart operated. "And just coming to the realization that months past the point where my wife was pregnant with my child, these babies were being aborted here a mile from my house, it was definitely taxing emotionally. I just knew that I needed to do something."

He and others helped form the Maryland Coalition for Life and led 40 Days for Life campaigns against Carhart and the clinic.

Glenn said, "We literally stood in front of the office development here for over 8,000 hours."

But because the large office complex where the abortion clinic was located was private property, at the start the pro-life activists couldn't legally get close.

"The police would come in and ticket them and cite them; they wouldn't allow them to be here," Glenn recalled.

Pro-Lifers Get Their Own Office Feet from Carhart & His Clinic

But then a property opened up right across the street from the clinic and the pro-lifers established their own support operation for pregnant women in it. And that changed the battle.

"Once we opened up Germantown Pregnancy Choices, that then gave us the ability because we were tenants in the development to be here on the sidewalk in front of the abortion clinic," Glenn explained.

From then on, the pro-lifers heard many testimonies like the one a mother told them recently.

Glenn recalled her saying, "Thanks for being out there because three years ago, I drove past. I had an abortion scheduled for the next day. Saw someone with a sign out there saying 'Pray to end abortion,' and I decided not to go through my abortion, and here's my three-year-old son who's now alive and we can't imagine life without."

Betsy Evans is executive director of the Rockville Women's Center, which took in many of the women steered away from Carhart, like a mother and her teen daughter.

"The two of them had actually driven all night from a midwestern state to come here just to see Carhart," Evans shared. "They came to our clinic. We spent time with them. And the teenage girl after seeing the image on the sonogram decided she was going to parent."

Glenn added, "We know for a fact that there were over 400 women who decided not to go through their abortions based on the prayers and the sidewalk counselors."

Glenn remembered a couple headed to Carhart because they'd been told their baby couldn't survive after birth. But the pro-life activists guided them away from Carhart and towards Evans' clinic, known then as the Rockville Pregnancy Center.

"The parents asked for prayers. Some priests came and prayed over the baby," Glenn recalled. "They went to Rockville Pregnancy Center, had an ultrasound, decided not to have the abortion. The baby was delivered and there was not anything wrong with the baby at all. Now he's a four-year-old happy rambunctious kid who his parents can't imagine life without him."

Despite these individual successes, as the years added up, closing Carhart and the abortion clinic down seemed impossible.

READ: He Targeted Babies: The Heinous Crimes of America's Most Prolific Serial Killer

Evans said of Carhart, "He's a very powerful guy with a lot of political support behind him. And it was discouraging."

The abortuary wasn't just dangerous and deadly for the unborn babies. Women's lives were placed in jeopardy, as well.

"Being here we were able to document at least 10 occasions where ambulances came to this abortion clinic and transported women from it to the hospital," Glenn stated. "Tragically one of those patients that we know went to the hospital ended up passing away."

But the pro-life activists kept up their protests. Then this year a local pastor reached out to the landlord of the abortion clinic.

A Pastor Offers to End the Battle by Buying the Place

"He sent him an email and said, 'Hey, I know you're tired. We're tired. Would you like to get out? We would like to purchase the clinic to close you down,'" Glenn recounted.

The landlord agreed, churches and pro-life groups quickly raised the money, and they sent Carhart and crew packing.

"This just shows when pro-lifers put their mind together, miracles can happen," Evans exclaimed.

'Most Barbaric Form of Abortion'

Evans said she and others are now, "Absolutely rejoicing. That was the most barbaric form of abortion offered. Just to have that out of our backyard is a relief."

And Glenn realizes he's been deeply changed from the person he was before the fight against Carhart and for the babies.

"I'd never stood in front of an abortion clinic. I'd never stood on a sidewalk holding a sign saying 'Pray to end abortion.' I thought that was only what crazy people did," Glenn admitted.

SHOCK VIDEO: Abortionist Says 'I Have to Hit the Gym' to Build Strength for Dismemberment Abortions

But he's seen so many pregnant women change their minds about aborting their babies because of the pro-life activists they've encountered. As he put it, "Just knowing that God can use you just being there — it's just amazing how God can use you."

Some 80 Percent Change Their Mind

Both Glenn and Evans encourage people to keep fighting, because hearing the pro-life side changes the mind of as many as 80 percent of women heading for an abortion.

"I see it every single solitary day," Evans stated at her women's center. "Women come in here, they need information, and they're not going to get that information at an abortion facility at all. And so should we give up the fight? Never."

Glenn said of his long-time foe, "I always encourage people to pray for LeRoy Carhart. Pray for his wife. Pray for the workers. You know, honestly, I think he thinks he's doing a good thing."

And he added, "Carhart has vowed that he's going to continue to perform late-term abortions. So the prayer request out there is that he will not be able to open up another abortion clinic anywhere."