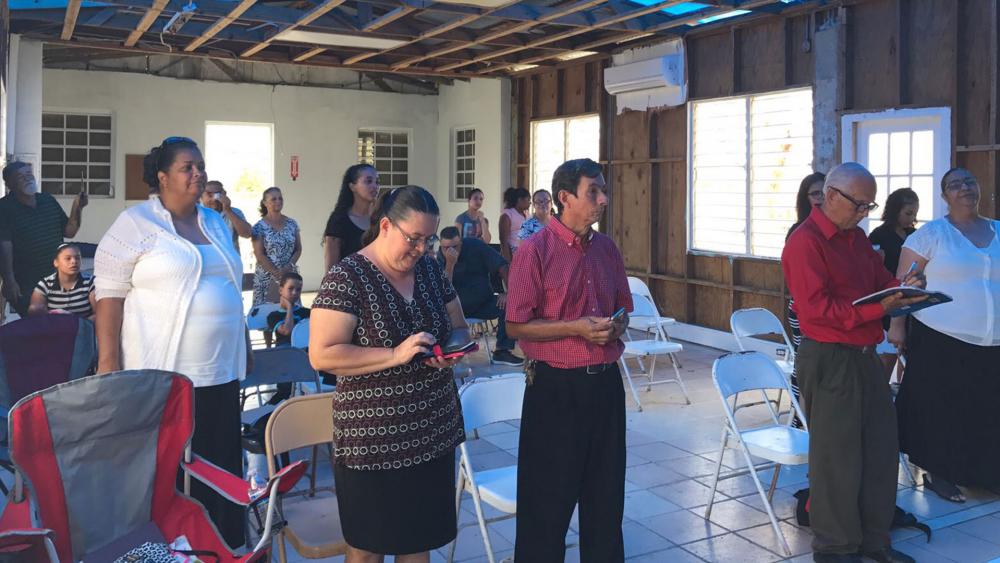 Believers in Puerto Rico may be facing the biggest challenge of their lives, but they are not without hope says Rev. Tony Suarez, the executive vice president of the National Hispanic Christian Leadership Conference (NHCLC). Suarez returned late Tuesday from a two-day visit on the island with church and government leaders and spoke with CBN News on Facebook Live.

Suarez said that church leaders told him approximately 80,000 Puerto Ricans have left the island already, heading mainly for Florida and Texas. Among those staying, however, there's a conviction that God will provide for Puerto Rico.

Suarez described it as a "prophetic inclincation" that's leading many to believe the Lord will rebuild the island to be better than it ever has been.

Apostle Wanda Rolon, who leads the largest church in Puerto Rico, spoke with Suarez and others in the NHCLC delegation about those leaving and those staying. Suarez said, "she said 'those that leave--it's going to go OK for them...they'll do well --but those that stay--we're going to make history because we're going to rebuild this island.'"

Suarez described on-going difficult conditions on the island. Some Puerto Ricans still have been unable to communicate with family on the mainland. Most do not have electricity, many businesses are still shut down and debris fills many streets and roads.

Hurricane Maria damaged or destroyed 3,000 church buildings on the island. Suarez says a number of congregations are now holding services in the streets because they can't use their buildings.

Other churches are struggling with the loss of members after many have fled to the mainland.

"This isn't a one-time thing," said Suarez, "we're here for the long-haul." It's part of the NHCLC's "Puerto Rico 2.0" campaign to provide long-term help to the island via churches.