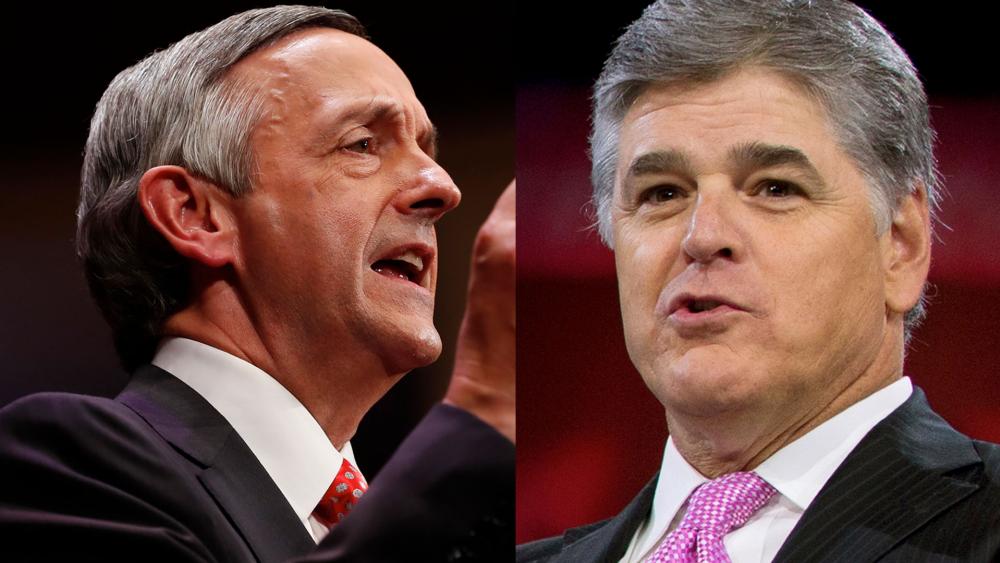 Fox News host Sean Hannity's appearance at the First Baptist Church in Dallas Sunday morning has drawn some backlash on social media, including comments from faith leaders and one U.S. Senator.

Dr. Robert Jeffress, the church's pastor, took the time out of the worship service to interview Hannity in front of a packed church sanctuary.  The 15 minute interview was also taped for a national radio and television audience.

The Fox News host was there to talk about his faith and to promote his new motion picture Let There Be Light. He serves as executive producer of the film.

Hannity spoke about his upbringing and his Christian background. During the interview, Hannity said he viewed himself as a "born-again Christian."

"The one thing the Catholic Church gave me was guilt," Hannity said.  He told a story of about how at the age of 20, he got away from his life working as a bartender by listening to his inner voice.

"My conscience, that inner revelation. Peter knew who Christ was. I think we all have the quiet voice of conscience the more we listen to...I think that's God drawing Him closer to us. I think for me that's the guide to my life," he said.

Hannity said the story behind the movie inspired him and that's why he decided to produce the film.

However, some faith leaders took to Twitter to respond to the interview.

Sen. Ben Sasse, R-Nebraska, tweeted, "By the way, we're talking about Sunday here. (You can be free of politics.) And Christians: Are we really ignorant of the Scriptures? "Jesus answered, My Kingdom is not of this world. John 18:36"

Dr. Jeffress responded to the senator in a tweet, "Jesus also said His followers are to influence the world for good. Matt. 5:13."

The pastor emphazied Hannity spoke about his faith and his new film, not politics.

"I believe as a pastor we have a right to speak out and spread the light. Jesus said as Christians we are to be the salt of the earth," Jeffress explained.

"Criticizing what a local church and a pastor does to spread the Gospel of Jesus Christ. Senator Sasse owes the church an apology," he said.