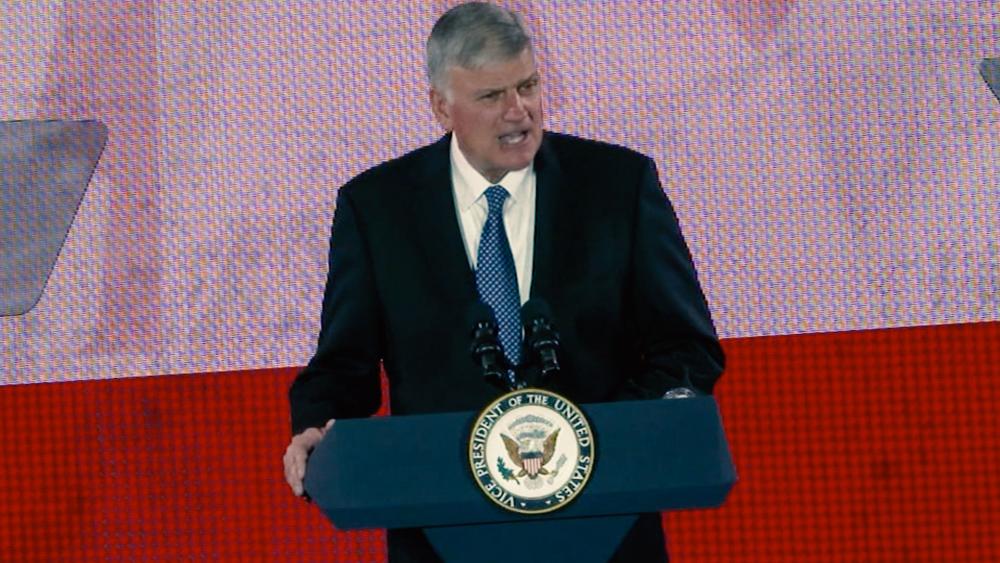 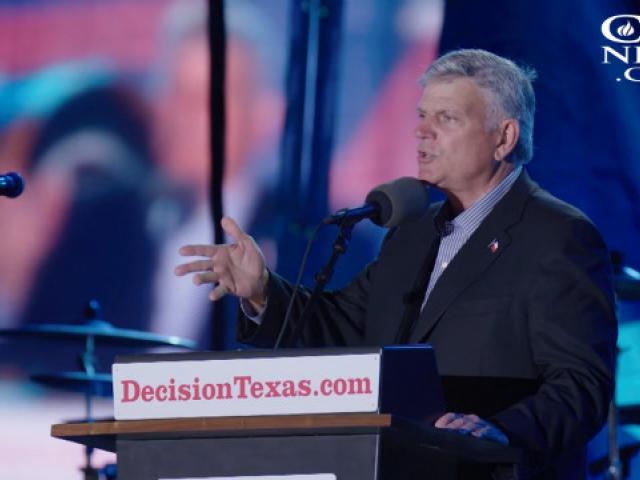 Many Texans are still recovering from the devastating effects of Hurricane Harvey two months after the storm ripped through the Lone Star State, tearing apart families and homes.

The Decision Texas Tour took place in seven cities across Texas from October 11-19 and brought prayer, live worship, and the gospel message to thousands of people.

"God sent his son Jesus Christ to this earth on a rescue mission. He hung on that cross and he took our place," Graham told the crowd. "If you're not sure that you've repented and told God you're sorry, now is your time. And believe on the Lord Jesus Christ and the promise is you will be saved," he added.

It was a message that hit home as thousands of people came to the front of the stage to ask Jesus into their hearts.

One of those people was Diana, who says she felt compelled to repent of her sins.

"I wanted to be able to start all over," she said. "I feel like a huge burden was lifted...First there were tears of desperation and sadness and then tears of joy."

Mckell also gave her life to Christ that night and says she went home with a new purpose and a new family.

"I've never been in front of a big crowd that loves God that much...I know that God is gonna come with me and no matter what I do he will always be there," she said. "I began to think about what I'm going to do in my life. God's making my life happier, better, a part of his family."

This Decision Texas tour may be over but the message Graham brought lives on and thousands of people across Texas will never be the same again.