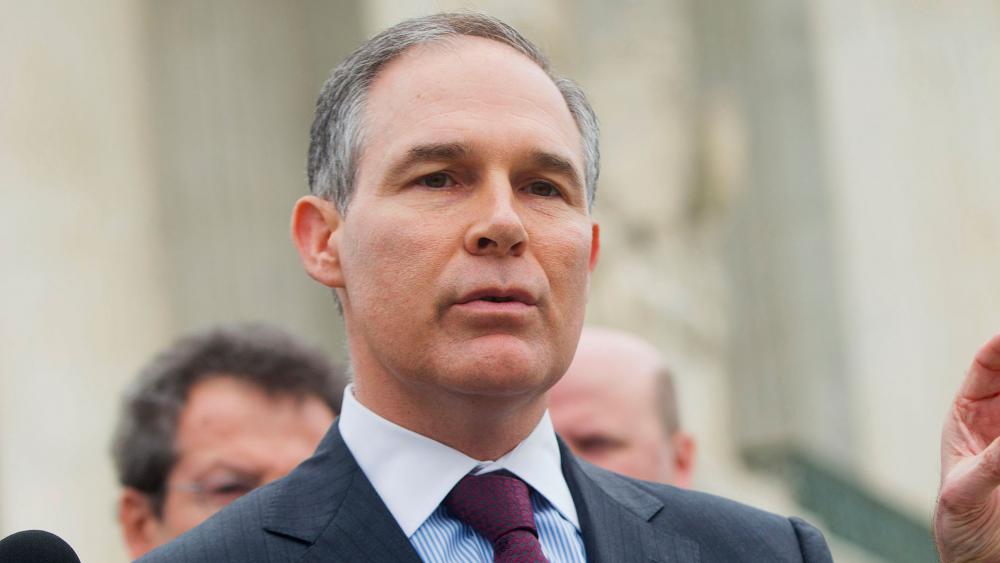 The head of the Environmental Protection Agency, Scott Pruitt, told coal miners Monday that "the war on coal is over."

"Look, I think the folks in this part of the country and all over the country, they want certainty, they want to know that the EPA is no longer is the business of picking winners and losers, of trying to come in and use certain regulations and try to declare a war on certain sectors of our economy. That's not how a regulatory body ought to act," Pruitt said.

Pruitt is announcing the withdrawal of the Clean Power Plan today in Washington, sharing his proposal for a new rule that he says will set standards that are actually attainable.

The Washington Post reports it has obtained a draft of that new proposal, sharing that it does not offer a replacement plan for regulating emissions of carbon dioxide, but instead, intends to ask for public input on how best to cut emissions from natural-gas and coal-fired power plants.

During an interview in Kentucky, Pruitt said the EPA will set standards that use the latest technology to achieve the best emission reductions.

"With this news, Donald Trump and Scott Pruitt will go down in infamy for launching one of the most egregious attacks ever on public health, our climate, and the safety of every community in the United States," Michael Brune, the executive director of the Sierra Club, said in a statement.

"He's proposing to throw out a plan that would prevent thousands of premature deaths and tens of thousands of childhood asthma attacks every year," he continued.

Other critics agree that the original regulation was broader than it needed to be, but they call for a more limited policy on greenhouse gas emissions to be implemented.

Ross Eisenberg, vice president of energy and resources policy at the National Association of Manufacturers, said in a statement: "The NAM supports a greenhouse gas policy going forward that is narrowly tailored and consistent with the Clean Air Act."