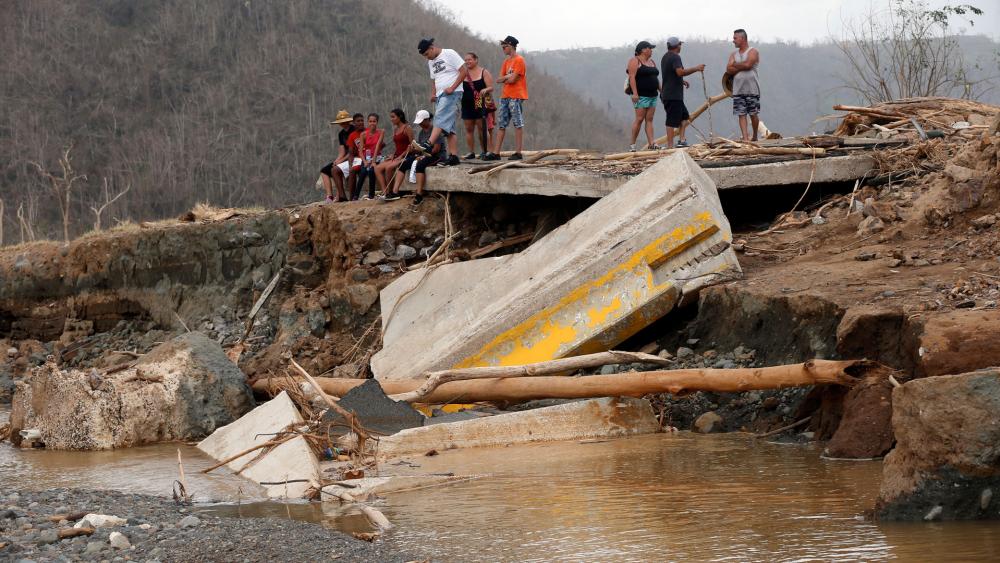 Hurricane Maria damaged or destroyed approximately 3,000 churches in Puerto Rico and earthquakes did the same for another 1,000 in Mexico. That's the latest from the National Hispanic Christian Leadership Conference (NHCLC) which oversees 40,000 affiliate churches in the U.S. and connects with other Latino churches around the world.

Rev. Tony Suarez, NHCLC executive vice president, says it's a huge loss for thousands of congregations, amidst all the struggles on the U.S. island right now.

"I think about those pastors who have given their all to lift up and plant a church and now buildings are gone," Suarez told CBN News on Facebook Live.

Still, Suarez said churches in Puerto Rico and Mexico are serving as focal points for their communities in the midst of devastation.

Most people on Puerto Rico have no electricity and the majority of them are struggling to find clean drinking water and food.

"The church is that beacon of light," said Suarez. "Puerto Rican people are coming to their pastors and coming to their churches once they can find each other and asking 'how can we come together?'"

The NHCLC is asking churches on the U.S. mainland to consider adopting a church in Puerto Rico in Hurricane Maria's aftermath, or in Mexico as it rebuilds after two earthquakes in September. It's part of a strategic plan to move aspirations from simple survival mode to a more visionary goal.

"This disaster should and could actually catalyze the rebirth of Puerto Rico in the long run," he wrote in a recent op-ed piece.

Rodriguez is calling for a Marshall Plan mentality, similar to how the U.S. approached Europe after the destruction of World War II.

He's suggesting that wind, solar and other green energy technologies replace Puerto Rico's broken power grid. Rebuilding on the island can improve employment prospects and Puerto Rico could seek to unite politically after a decade of division on the statehood question says Rodriguez.

The Puerto Rican church, supported by U.S. mainland churches, could take a leadership role in rebuilding the country. Suarez said the island's 3.4 million people have encouraged the growth of thousands of churches in recent years including Assemblies of God, Iglesias de Dios and Baptist churches.

Suarez visited Puerto Rico right before Hurricane Irma struck earlier in September. He described the church as strong and vital to life on the island.

"It's a place full of a lot of faith, a lot of energy spiritually-speaking," he said. "So the church is the hope."