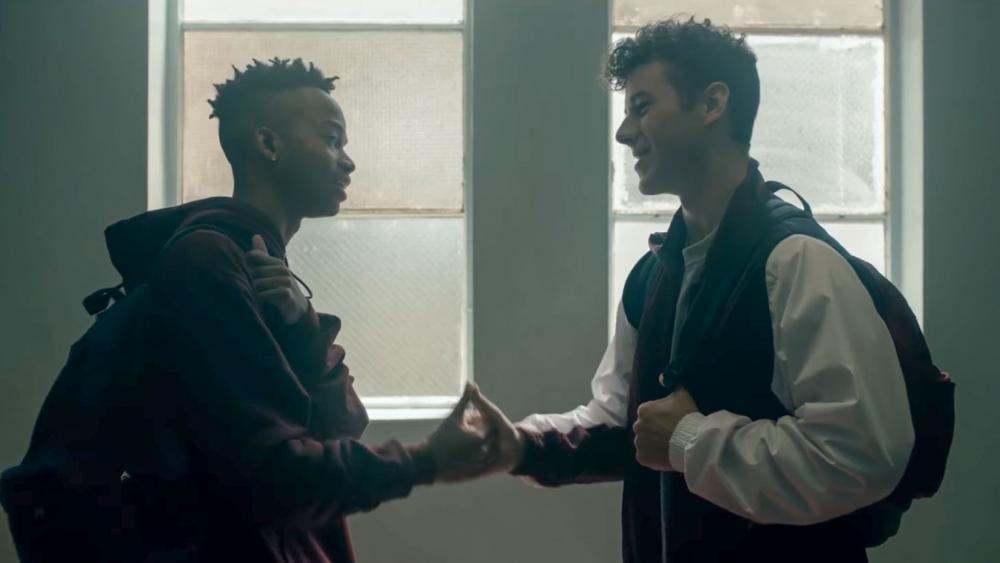 Last Tuesday, Rich Penkoski's 8th grade daughter found herself with her head down in her West Virginia middle school class, unsure and confused about the suicide prevention video her teacher was playing.

"She couldn't watch it anymore," her dad told CBN News.

The short video features the struggles of a student with same-sex attraction and at one point shows him lying in bed with another student.

The bedroom scene doesn't go on to show any physical interaction between the two, but Penkoski's daughter didn't know that when she watched and so she put her head down on her desk.

A later scene shows the student finding himself the object of ridicule when he opens his locker door and sees a sex toy attached to the inside.

Penkoski says he's glad that Mountain Ridge Middle School in Gerrardstown wants to work with students on the issues of suicide prevention and bullying but doesn't agree with the way the video was produced.

"Why do you have to use suicide prevention as the engine to push the pro-LGBT agenda on our kids?" he asked.

"My daughter should not be exposed to things like that at school," said Penkoski who says he spoke to the principal.

Penkoski said the principal said he had no knowledge of the video but would investigate. So far, Penkoski said, no school authority has asked his daughter what happened.

The Christian Post reports that the Berkeley County School District has issued a statement saying that other students encouraged the teacher to show the video. The district says it's "evaluating the incident and taking steps to prevent a similar occurrence in the future."

CBN News has reached out to the district for further comment.

Penkoski says he'd like the teacher to apologize to all the parents of the students in the class and let them know what happened.