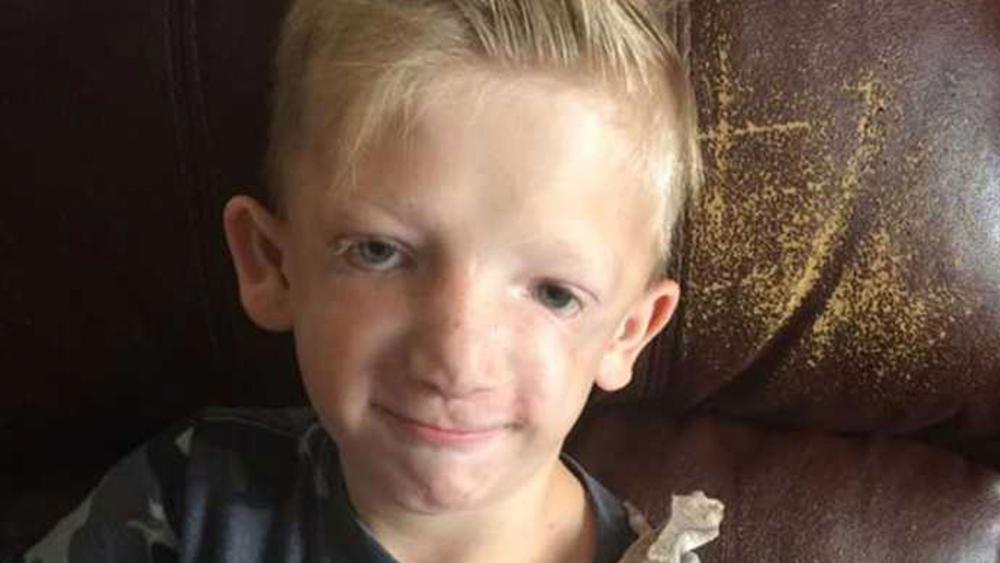 An Idaho dad’s heartbreaking Facebook post about the bullying his 7-year-old son endures at school as a result of a medical condition has gone viral and will hopefully spark a much needed conversation between parents and children about the dangerous power of negative words and actions.

Dan Bezzant’s son Jackson suffers from Treacher Collins syndrome, which adversely affects the development of bone and tissue in the face. According to the U.S. National Library of Medicine, the condition impacts an estimated 1 in 50,000 people and results in downward slanting eyes, vision and hearing loss, and other developmental abnormalities.

Since going back to school this fall, Jackson has apparently been expressing sadness and showing signs of depression over the merciless physical and mental bullying he is suffering at the hands of his classmates as a result of his appearance. Last week, Bezzant poured his heart out in a Facebook post, pleading with his fellow parents to talk to their kids and educate them as to the profound impact their words and opinions can have on others.

“My heart is in pieces right now…my soul feels like it’s ripping from my chest,” Bezzant wrote in the post. “This beautiful young man my son Jackson has to endure a constant barrage of derogatory comments and ignorance like I’ve never witnessed. He is called ugly and freak and monster on a daily basis by his peers at school.”

He shared painful details of his son’s tragic thoughts of suicide and how his lack of friends is wearing on him.

“He talks about suicide…he’s not quite 8,” he continued. “He says he has no friends and everyone hates him. Kids throw rocks at him and push him shouting these horrific words.”

Bezzant told People that he chose to write the post after crying his eyes out and “not knowing what to do.” He said the bullying has been happening for quite some time—with upperclassman even calling Jackson a “monster” in the cafeteria—and it had gotten to a point where he no longer knew what to say to his son. While school administrators have gone out of their way to work with Bezzant and Jackson, the grief-stricken dad knows there is only so much they can do. As a result, Bezzant speaks directly to parents in his Facebook post, which boasts some 21,000 likes and 60,000 shares.

“Please please take a minute and imagine if this were your child. Take a minute to educate your children about special needs. Talk to them about compassion and love for our fellow man. His condition is called Treacher Collins. Maybe even look it up,” he wrote. “He’s endured horrific surgery and has several more in the coming years. Anyway…I could go on…but please educate your children. Please…share this. This shouldn’t be happening…to anyone.”

Overwhelmed by the response his words have received, Bezzant said he hopes that sharing Jackson’s story will help comfort those who are going through similar circumstances, while encouraging others to consider how they treat one another.

“I just want parents to take a lead role,” he said. “They need to sit their children down and teach them we’re all created equal, and everybody is different. We need to approach this with love and understanding.”