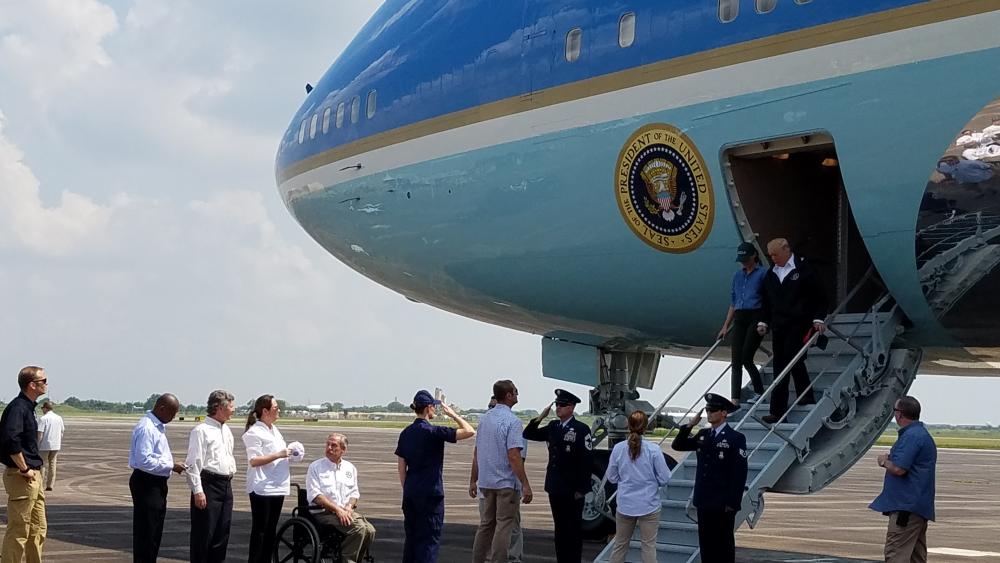 President Donald Trump and first lady Melania Trump arrived in Lake Charles, Louisiana to survey damage from Harvey. Earlier Saturday, Trump served food to Harvey survivors at a relief center and shelter during their second visit to the storm-ravaged state of Texas.

While in Houston, the president remarked that he's seeing "a lot of love" and "a lot of happiness" as he spent time with Harvey victims.

In Houston @POTUS and @FLOTUS bring smiles to children and give out crayons and coloring books. pic.twitter.com/zUR6UOTA4e

Trump then visited some of the hardest hit areas, which are still submerged in water.

Trump also paid a visit to the First Church of Pearland, where he addressed hundreds of volunteers filling care packages with hygiene items food, and cleaning supplies.

.@POTUS and @FLOTUS deliver boxes of food and supplies to those in need in Houston. #TexasStrong pic.twitter.com/nQ9GZfM2tM

For Elaine Ybarra, who was holding her 10-year-old son, the president's visit was a humbling experience.

"It's quite humbling to have somebody of his stature come to this church," Ybarra said. "Him being here and bringing global attention to everything that's going on here, he brings up prayers from around the world."

Likewise, Shanna Norris, a 37-year-old consultant from Houston who attends the church, had nothing but warm words for the president.

"It's amazing. It really highlights all the good efforts that so many people are making. I'm glad to see him," she said. "It just really showcases the efforts of the United States and the community."

Spent today with the wonderful families helping each other after #HurricaneHarvey #Texas pic.twitter.com/ia9696reLd

The American Red Cross said this week that more than 17,000 people have sought refuge in Texas shelters.

With that in mind, Trump has asked Congress for a $7.9 billion down payment toward Harvey relief and recovery efforts.

"We're signing a lot of documents now to get money into here -- $7.9 billion. We signed it, hopefully quick process," he said.

The president's visit to Houston and Lake Charles, Louisiana, came with a message of empathy and encouragement.

Earlier he acknowledged that residents of Texas have "a long and difficult path" ahead of them. Nevertheless, he added, "We are stronger than the obstacles in our path."

The president's trip comes as the fallout from Harvey continues, with funerals beginning for some of the storm's victims.

Forty-two-year-old Benito Juarez Cavazos was remembered by friends and family on Friday.

"It's very unfortunate that right when he finally had hopes of being able to maybe go to Mexico soon to go see his family it all went downhill," his cousin, Maria Cavazos, said. "Sadly, he's going back to Mexico, but in an unfortunate way."

In honor of those struggling in Harvey's deadly wake, President Trump has designated Sunday as a "National Day of Prayer."

“So many of you are faith-based and I want to just tell you that tomorrow we have national prayer day." Trump said. “Tomorrow’s a very big day, so go to your church and pray and enjoy the day.” 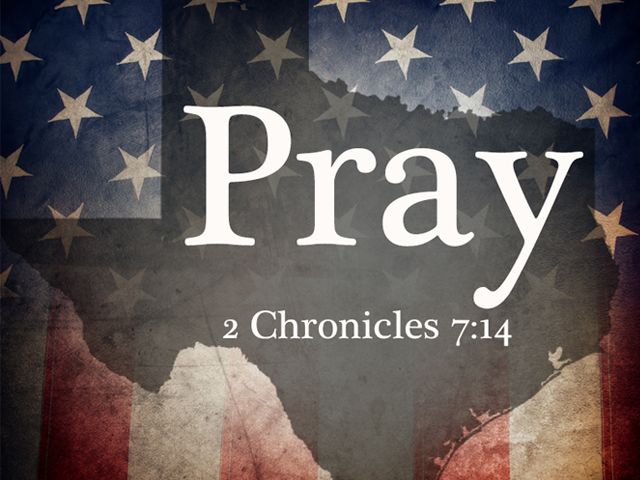 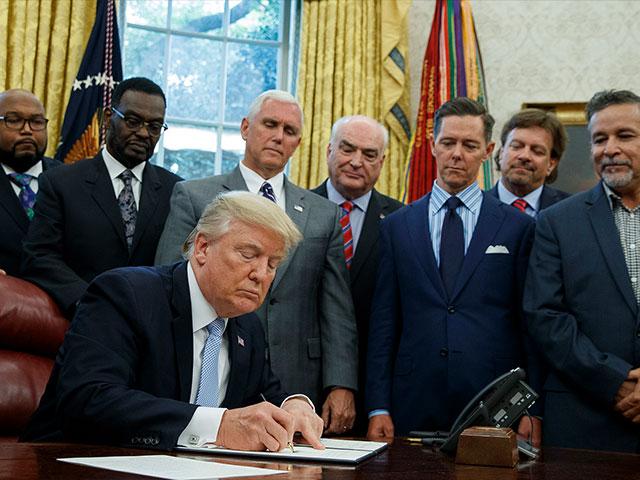 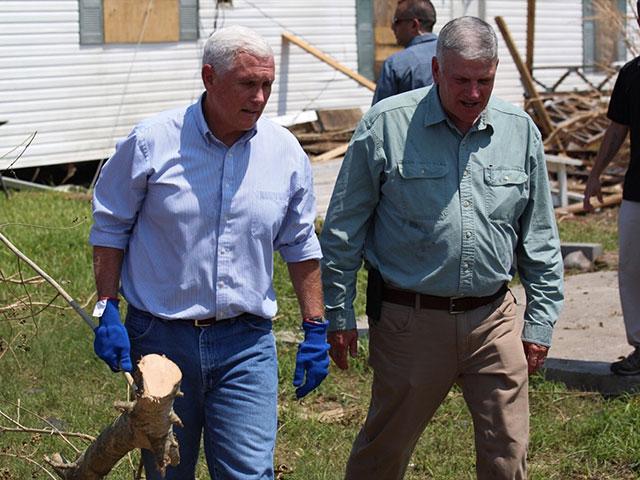