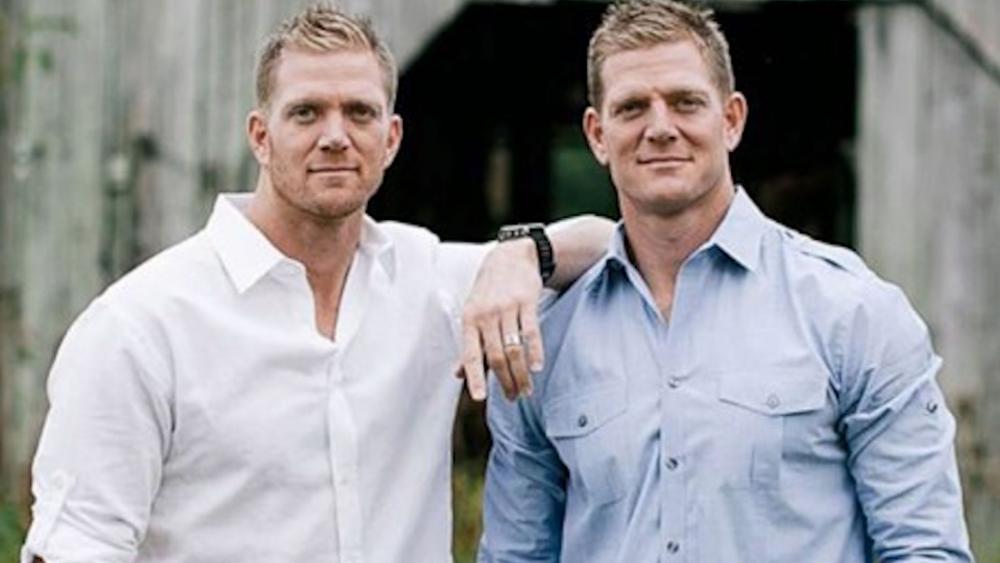 The Benham Brothers are speaking out on social media about the recent hurricanes in the country, calling them signs that America needs to repent.

Jason and David Benham posted a video on Facebook saying as Americans paused to remember the 16th anniversary of the September 11th terror attacks, the nation's spiritual condition has declined dramatically since then.

He points to the 2015 Supreme Court decision to legalize gay marriage in America, and growing racial unrest.

"As a nation, if you would have told us back then in 2001 that in 2017 we would be completely redefining what gender means, what marriage means, what sexuality means," he began.

"That people wouldn't even be standing for the anthem and there'd be riots and protests in our streets and white supremacists with torches in their hands and Antifa bullying and beating people into comas. I would have said there's no way that would happen in this country. And so today there's a message from God for us," he said.

Jason shared a passage from Psalm 104:4.

"It says God makes the winds His messengers," he commented.

"God is speaking and saying I'm making the winds my messengers and throughout the rest of the next few verses in Psalm 104 it talks about the waters of the flood and how God then pulled back the waters from the flood and he set waters in their boundaries and he made the land boundaries for the water."

David said that while the country was able to rebuild after 9-11, it's now time to rebuild the spiritual boundaries by turning to God.

"The damage is when the boundaries are removed and that storm surge of moral corruption comes in. That's what's devastating our nation."