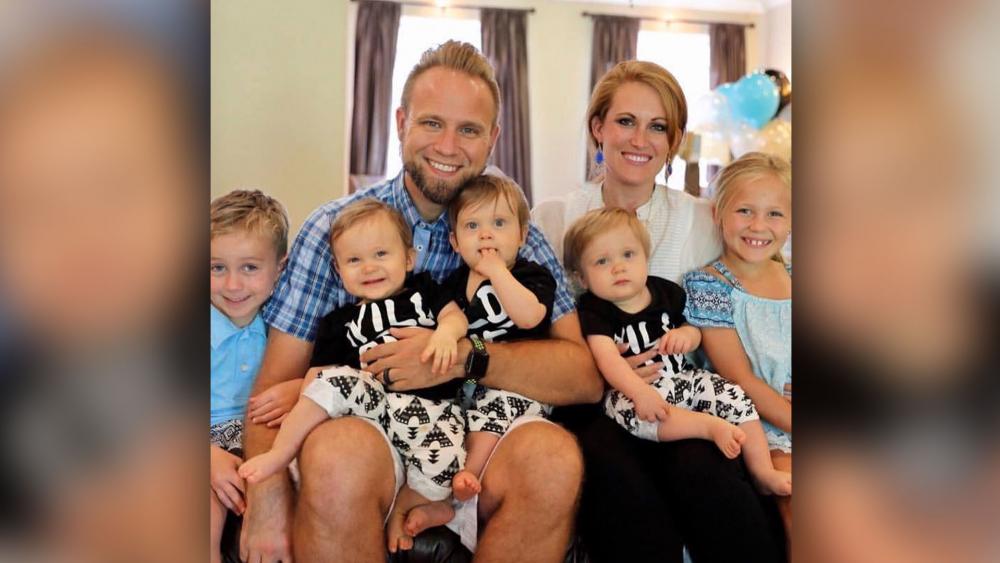 Jeremiah Johnston is a theology professor at Houston Baptist University and president of the Christian Thinkers Society--but this week the Houston dad had to live out his faith in ways he never expected.

On Monday morning, he and his wife Audrey and their five young children had to suddenly leave their Richmond, Texas home after the Fort Bend county judge issued mandatory evacuation orders.  Their home is just two miles from the Brazos River which has been flooding and is expected to crest Friday.

The orders meant swiftly packing up their thirteen-month old triplet boys, their five-year-old son and eight-year-old daughter.  The Johnstons had not expected to have to leave after the mayor of Houston told people to stay in their homes.  "We were told not to evacuate, to shelter in place," he told CBN News.

The couple quickly threw diapers, clothes, phone chargers and family documents into their vehicle and headed out with their children.  Because their triplets had spent months in the hospital NICU unit and continued to have special needs they decided to leave the Houston area and head towards Dallas where they had a number of friends who could provide help.

The next several hours turned into an epic journey for the family. "Five of the six evacuation routes we had selected were impassable or flooded," said Johnston. "I was fearful for the life of our family and our kids."

What got them through? "We just remained in a spirit of prayer," he said, "we honestly never stopped praying."

At one point, they stopped to use a bathroom and a sheriff re-directed them, telling them of closed roads ahead.

A short time later while driving on Highway 99, the Johnstons discovered that it was shut down in their direction. They decided to turn the car around and begin driving contraflow.  "I am driving in the speed lane of on-coming traffic, flashing brights and hazards on," said Johnston, "we came to an overpass and I know that if there's a vehicle coming over the overpass they will not be able to see us.  There's no shoulder on this bridge. We prayed. We said "'Jesus, protect us. Send your angels over this car' and we drove by faith."

Eventually, they landed at a Dallas-area hotel where Johnston had stayed just weeks earlier on a work trip.  On Friday, the family plans to move in with friends--indefinitely. They don't know the status of their home and don't know when they will know.

"The joy of the Lord is our strength and that is not a cliche," said Johnston, "that's what's getting us through right now."

The biggest challenge he says is trying to be a good example to his children in the midst of chaos and helping them to understand what is happening.

Johnston said he's been thinking of what the Apostle Paul wrote in the first chapter of 2 Corinthians. "Paul was never afraid to tell people of his troubles," said Johnston but noted that Paul used the word encouragement 10 times in the Greek.

"God encourages us in our trials...our faith is built for adversity," he said.