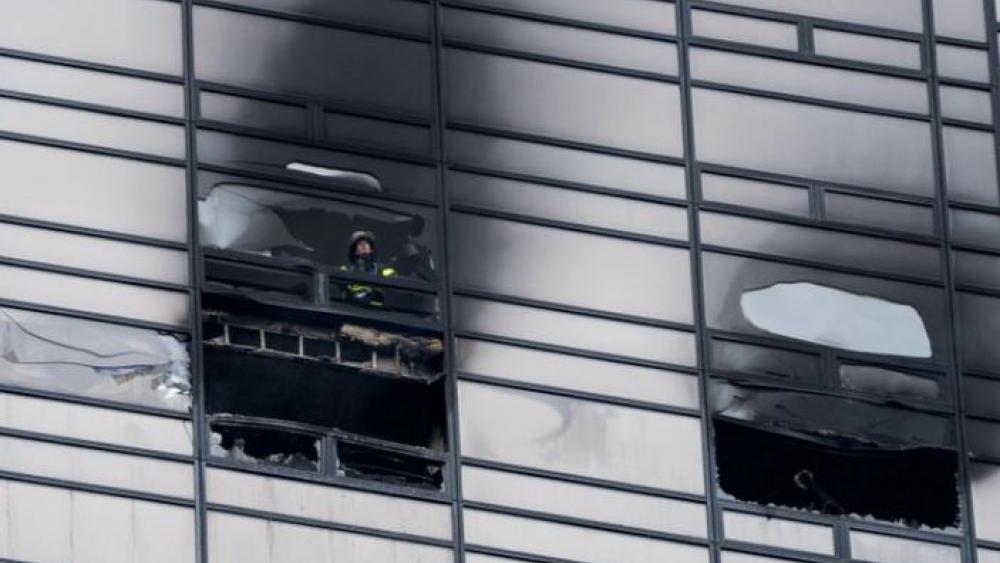 NEW YORK (AP) — A raging fire that tore through a 50th-floor apartment at Trump Tower killed a man inside and sent flames and thick, black smoke pouring from windows of the president’s namesake skyscraper.

New York Fire Commissioner Daniel Nigro said the cause of Saturday’s blaze is not yet known but the apartment was “virtually entirely on fire” when firefighters arrived after 5:30 p.m.

“It was a very difficult fire, as you can imagine,” Nigro told reporters outside the building in midtown Manhattan. “The apartment is quite large.”

Todd Brassner, 67, who was in the apartment, was taken to a hospital and died a short time later, the New York Police Department said. Property records obtained by The Associated Press indicate Brassner was an art dealer who had purchased his unit in 1996.

Shortly after news of the fire broke, President Donald Trump, who was in Washington, tweeted: “Fire at Trump Tower is out. Very confined (well built building). Firemen (and women) did a great job. THANK YOU!”

Asked if that assessment was accurate, Nigro said, “It’s a well-built building. The upper floors, the residence floors, are not sprinklered.”

Some fire-safety advocates pushed for a requirement that older apartment buildings be retrofitted with sprinklers when New York City passed a law requiring them in new residential highrises in 1999, but officials in the administration of then-mayor Rudy Giuliani said that would be too expensive.

Nigro noted that no member of the Trump family was in the 664-foot tower Saturday.

Trump’s family has an apartment on the top floors of the 58-story building, but he has spent little time in New York since taking office. The headquarters of the Trump Organization is on the 26th floor.

Nigro said firefighters and Secret Service members checked on the condition of Trump’s apartment. About 200 firefighters and emergency medical service workers responded to the fire, he said.

Some residents said they didn’t get any notification from building management to evacuate.

Masson told The New York Times that she did not receive any announcement about leaving and that when she called the front desk no one answered.

“When I saw the television, I thought we were finished,” said Masson, who lives on the 36th floor with her husband, Narinder, who is 79 and has Parkinson’s disease.

She said she started praying because she felt it was the end.

“I called my oldest son and said goodbye to him because the way it looked everything was falling out of the window, and it reminded me of 9/11,” Masson said. 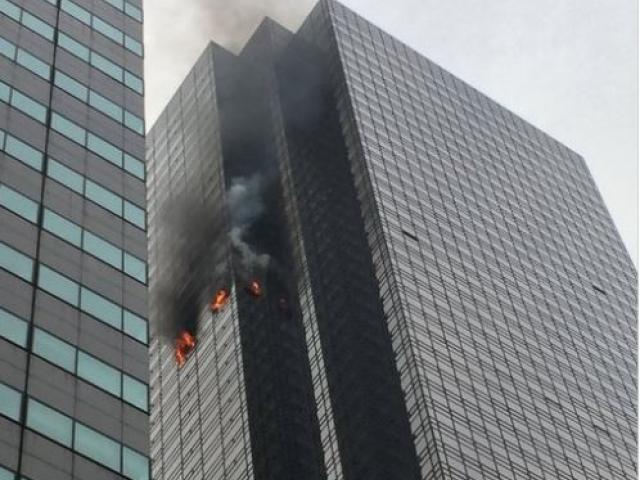 Fire Breaks Out at Trump Tower in NYC, 1 Dead