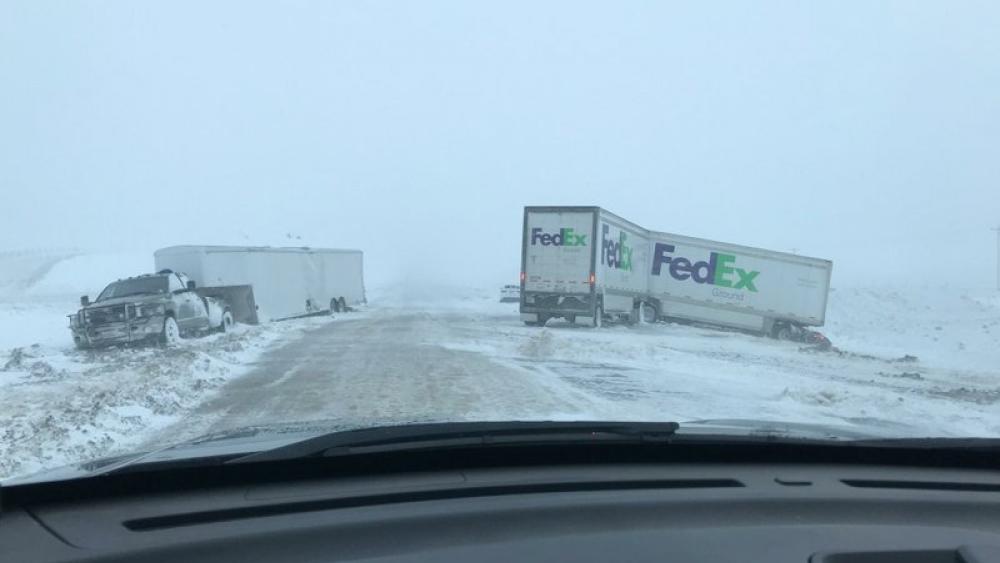 MINNEAPOLIS (AP) — Hundreds of flights have been canceled and roadways are treacherous in several Midwestern states as a deadly storm system stretching from Gulf Coast to Great Lakes rolls across the central U.S., bringing heavy snow, strong winds, rain and hail.

All flights were grounded Saturday at Minneapolis-St. Paul International Airport as a spring blizzard made it difficult to keep runways clear and planes deiced. Nearly 470 flights were canceled before one runway reopened shortly after 10 p.m., according to a spokesman. Blizzard conditions also forced the airport in South Dakota’s biggest city, Sioux Falls, to remain closed for a second straight day.

The Minnesota Twins home game against the Chicago White Sox was snowed out Saturday, marking the first back-to-back postponements of baseball games in the stadium’s nine seasons. Sunday’s game was also called off because of the storm, which by Saturday night had buried Minneapolis under more than 13 inches of snow (33 centimeters). The Yankees and Tigers were rained out Saturday in Detroit.

Authorities closed several highways in southwestern Minnesota, where no travel was advised, and driving conditions were difficult across the southern half of the state. The National Weather Service predicted that a large swath of southern Minnesota, including Minneapolis and St. Paul, could get up to 20 inches of snow (51 centimeters) by the time the storm blows through on Sunday.

“It’s a cool experience for me, the best Minneapolis experience,” Niko Heiligman, of Aachen, Germany, said as he braved the snow Saturday to take a walk along the Mississippi River in downtown Minneapolis. “I’m only here for the weekend, so I guess that’s how it goes. There’s snow and it’s cold. So it’s good.”

The weather is expected to persist through Sunday in Minnesota, Wisconsin and Michigan before moving into New York state and New England.

Up to 18 inches (46 centimeters) of snow feel in parts of northern Wisconsin, with another 14 inches (36 centimeters) expected by Sunday evening. Winds of up to 55 mph (88.5 kph) caused blowing and drifting snow, along with ice shoves in Green Bay.

The National Weather Service also warned of potential coastal flooding along Lake Michigan in Wisconsin and Illinois, where Chicago residents were warned that waves could reach as high as 18 feet (5.5 meters).

Snow and wind gusts of up to 50 mph (80 kph) were whipping through parts of South Dakota for a second straight day Saturday, causing blizzard conditions that made travel all but impossible. While the blizzard warning was lifted in the western part of the state, it remained in effect for far South Dakota on Sunday. Several inches of snow fell in various parts of the state, including 18 inches (46 centimeters) in Huron.

Powerful winds knocked out power to thousands of customers in Michigan, which was expected to get more snow and ice through the weekend.

Two storm-related deaths occurred early Saturday. In Louisiana, winds downed a tree onto a mobile home in Haughton, killing a sleeping 2-year-old girl inside, according to the Bossier Parish Sheriff’s Office. In Wisconsin, a woman was killed when she lost control of the minivan she was driving and struck an oncoming SUV near Lewiston. Three passengers in the minvan and the SUV driver were hospitalized.

On Friday, a truck driver from Idaho lost control of his rig on snow-covered Interstate 80 in western Nebraska, near Chappell, and slammed into a stranded tractor-trailer, according to the Nebraska State Patrol. He died at the scene.

In Arkansas, a tornado ripped through the tiny Ozark Mountain town of Mountainburg on Friday, injuring at least four people. Video showed uprooted trees, overturned cars, damaged buildings and downed power lines. Powerful winds also damaged several buildings at the University of Central Arkansas, though no injuries were reported there.

The storm made its mark in Texas, where hail the size of hen eggs fell south of Dallas, according to meteorologist Patricia Sanchez. In Austin, fire officials said strong winds helped spread the flames after lightning struck and badly damaged two houses. 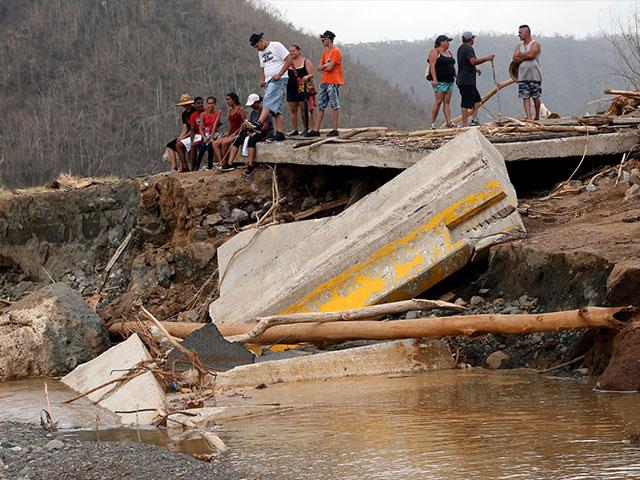 4,000 Churches Devastated in Puerto Rico and Mexico: How Your Church Can Help
CBN News Email Updates