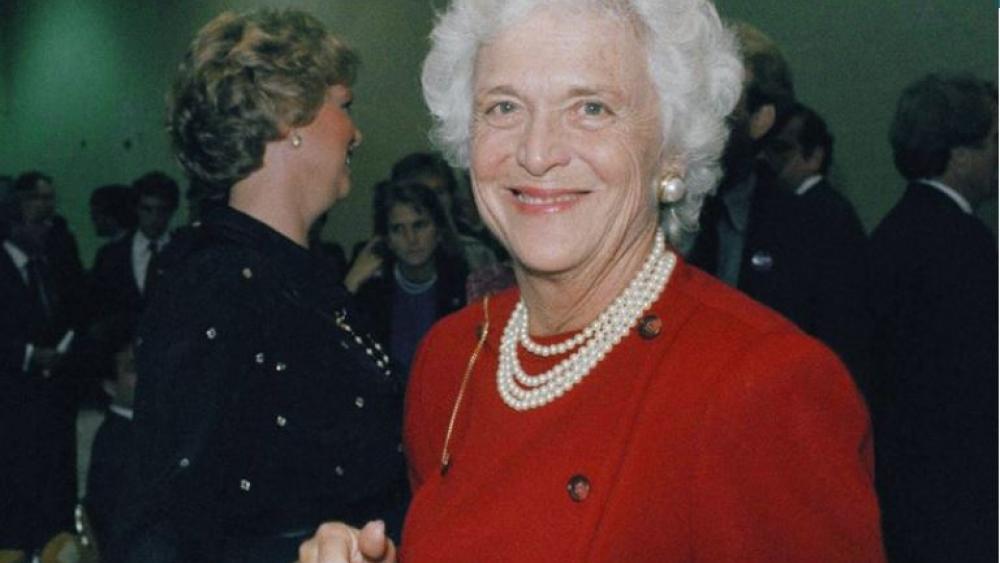 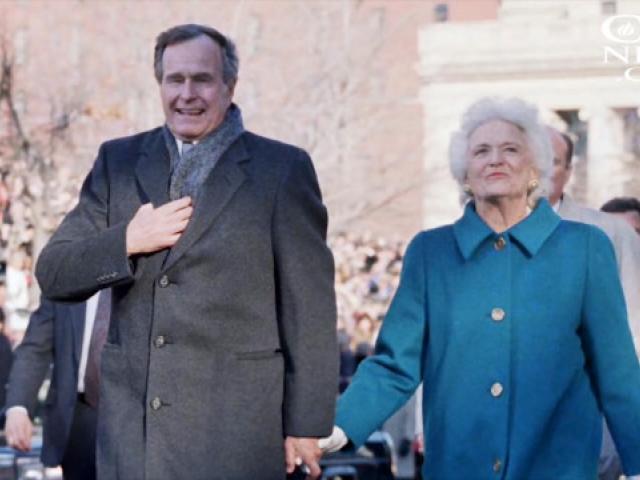 Former first lady Barbara Bush has died. She was 92.

She had recently been to the hospital for congestive heart failure and chronic obstructive pulmonary disease. In 2009, she had heart valve replacement surgery. She also had a long history of treatment for Graves' disease, a thyroid condition.

"My dear mother has passed on at age 92. Laura, Barbara, Jenna, and I are sad, but our souls are settled because we know hers was. Barbara Bush was a fabulous First Lady and a woman unlike any other who brought levity, love, and literacy to millions. To us, she was so much more. Mom kept us on our toes and kept us laughing until the end. I'm a lucky man that Barbara Bush was my mother. Our Family will miss her dearly, and we thank you all for your prayers and good wishes."

"Columba and I join every member of the Bush family in offering our sincere gratitude for the outpouring of love and support for my Mom in recent days, and throughout her remarkable life. I'm exceptionally privileged to be the son of George Bush and the exceptionally gracious, gregarious, fun, funny, loving, tough, smart, graceful woman who was the force of nature known as Barbara Bush," he said.

"As a wife, mother, grandmother, military spouse, and former First Lady, Mrs. Bush was an advocate of the American family. Amongst her greatest achievements was recognizing the importance of literacy as a fundamental family value that requires nurturing and protection. She will be long remembered for her strong devotion to country and family, both of which she served unfailingly well. The President and First Lady’s thoughts and prayers are with the family and friends of Mrs. Bush," the White House statement says.

Barbara Bush will be remembered as America's grandmother, the matriarch of the Bush political dynasty and just the second lady in history to be both wife and mother to U.S. presidents. She was a no-nonsense woman known for her pearl necklaces, quick wit, and fierce love of family.

In a 1992 interview with CBN's Terry Meeuwsen, Bush explained what was special about her family growing up.

"We sat as a family around the table three times a day. I think that's something people can try very hard to do," she shared.

Born Barbara Pierce, on June 8, 1925, she grew up in a suburb of New York City. She was 16- when she met her future husband at a dance.
The couple had six children and together endured the death of their daughter Robin who lost her battle with leukemia when just three years old.

Bush was a fixture in Washington for more than a decade, serving as the second lady while the Reagans occupied the White House before moving in herself.

As first lady she focused on improving literacy among parents and children, believing better literacy can solve many of society's problems.

In a note to her Alma Mater, Smith College, shortly before she died Bush wrote: "I am still old and still in love."

She was a popular first lady and celebrated by many at the end for choosing comfort care that allowed her to enjoy her final days with her family.

In her 700 Club interview, she encouraged young couples to make their family their top priority. 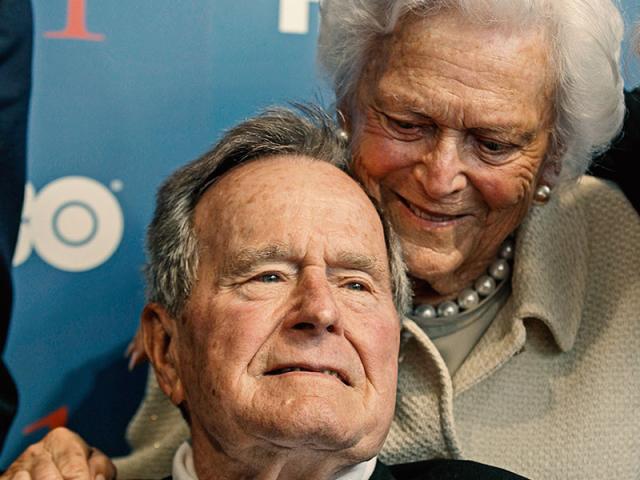