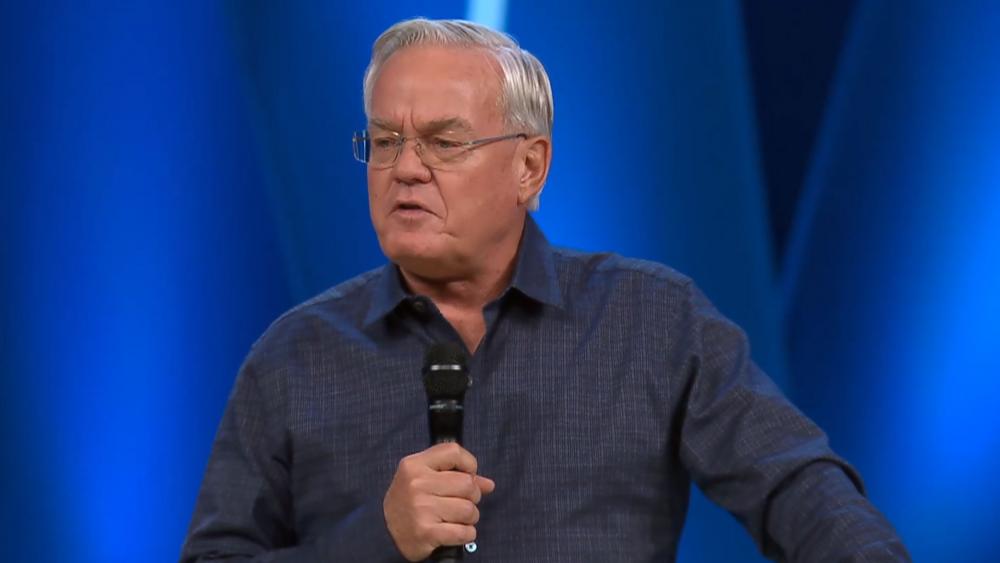 Johnnie Moore, an author, PR consultant and faith advisor to President Trump, told CBN News that no one outside of the local congregation should cast judgment, adding, "It is, however, our responsibility to take people at their word and pray intensely for all those involved."

Focus on the Family president Jim Daly characterized the situation as "he-said, she-said" and said "we don't know the facts."  He told CBN News that Focus on the Family follows the Billy Graham rule, never allowing male and female employees to travel alone together in order to avoid any similiar situation.

Hybels stepped down six months earlier than planned due to misconduct accusations by women at Willow Creek that he described as a "distraction" to the ministry. Tuesday night he again called the accusations "not true."

Willow Creek hired a Chicago law firm to investigate the accusations against Hybels and found him innocent of any wrong doing.

On Wednesday Beach called for Hybels to repent. "Last night I heard no confession of deceit or admission of guilt for sexual misconduct," she said and warned that more women had stories to tell.

"I know you don't want to hear this...but there's more to come," she said in a statement.

Beach also called on Willow Creek leadership to take "full ownership of what was sinful and flawed" in its handling of the accusations.

"The goal for me was never connected to Bill resigning," she said, "the goal is to usher in the truth."

Vonda Dyer, another former staffer who accused Hybels of misconduct, did not respond to his resignation on Wednesday.

Former leaders at Willow Creek including Compassion International president Jim Mellado, John Ortberg and his wife Nancy, have called for a third-party investigation into the accusations but had no comment Wednesday on Hybel's resignation.

Heather Larson, one of two pastors who will succeed Hybels, told the church Tuesday night that she supports his early resignation.  “There are relationships to be mended and I hope this sets up the best trajectory to begin a process of healing and restoration,” she said.

She said nothing about any further investigation but addressed internal debate over the accusations, speaking directly to women at the church.  “I want to assure you we can at the same time respect someone’s story and stand up for our own,” she said, “you are strong. You have your own voice.”

A number of sexual abuse survivors expressed outrage Wednesday over Willow Creek's handling of the resignation. They specifically pointed to the standing ovation the congregation gave Hybels Tuesday night when he announced his resignation.

Jules Woodson, remembers watching a similiar ovation in January as Memphis pastor Andy Savage confessed to sexually abusing her years earlier. "Why do 'Christians' continue to support and applaud pastors who abuse their position by abusing others?" she said.

Jacob Denhollander, husband of former gymnast and abuse survivor Rachael Denhollander said "We've been saying we want churches to do better when it comes to handling claims of sexual abuse by taking reports seriously. Looks like we'll have to dial our expectations back a bit and start working towards, 'Don't give the alleged perpetrator a standing ovation.'"