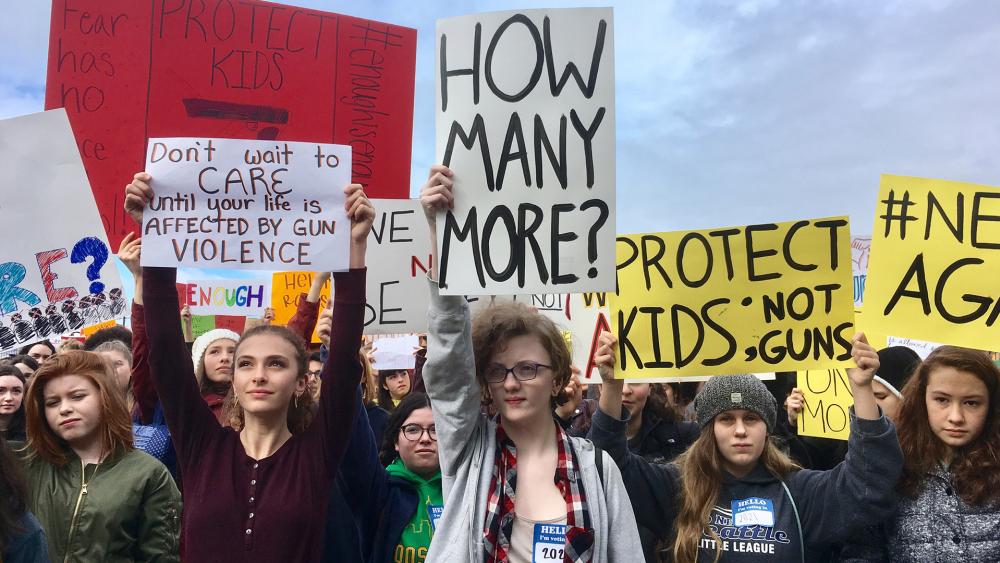 Students across the country are planning another national walkout against school gun violence Friday.

The school walkout coincides with the anniversary of the 1999 massacre at Columbine High School in Colorado where two students opened fire killing 12 students and one teacher.

More than 2,000 walkout events are scheduled throughout the country and they begin at 10 am in each local time zone, with 13 seconds of silence to honor the people killed during the shooting.

Today's walkout will last until the end of the school day, which is unlike the walkout held on March 14, which honored the lives of those killed at Florida's Marjory Stoneman Douglas High School on February 14.

That walkout only lasted 17 minutes.

"This is a problem that needs to be addressed longer than 17 minutes," student organizer Lane Murdock, 16, told ABC News.

"As a student who can't vote, you don't have a lot of power. But what you have that's powerful is your voice, your thoughts, but also your attendance. And leaving for longer than 17 minutes, leaving and breaking up that schedule that all American students have every day is how you get people to pay attention," Murdock said.

From the walkout, some students will head their state capitols to rally. According to NBC News, police in Richmond, Virginia, are expecting at least 10,000 students at their state Capitol.

Students in Washington are planning to march from the White House to the Capitol building. They will hand-deliver letters to Congress demanding more gun control.

Others students plan to head back to school to discuss gun violence and hold voting registration drives, according to NBC News.