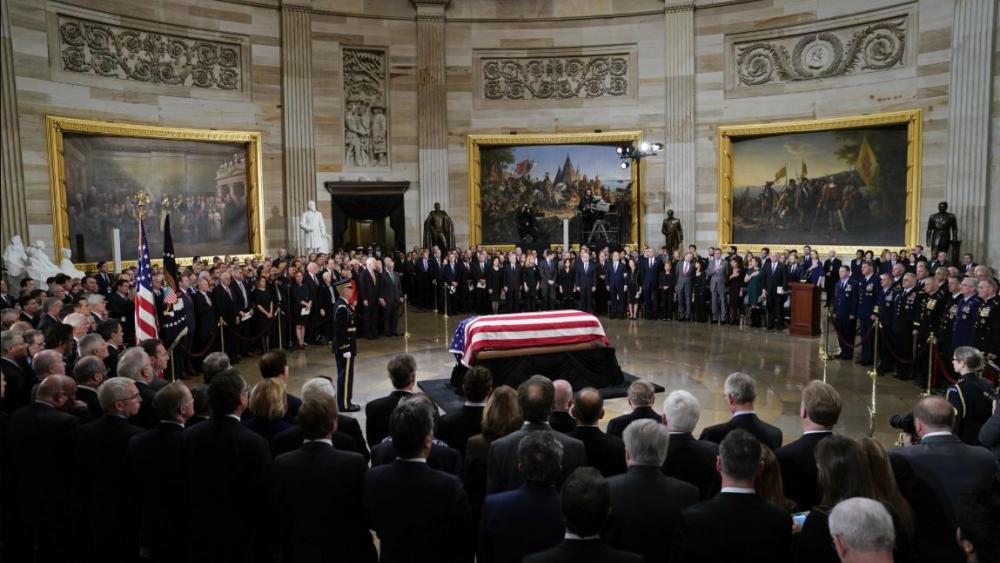 The 41st president of the United States was not one to regularly talk about his faith, but he understood its importance, especially in the Oval Office.

In 1992, during an interview with CBN's Pat Robertson, he said faith is crucial for anyone leading the country.

"I don't believe that an atheist could be president of the United States," he said. "Anybody that did not have something bigger than himself or herself -- and faith is the answer."

Bush spoke about regular prayers at meals and before bed with his wife Barbara. He also agreed with Robertson about the need for it in the Oval Office.

Robertson noted that Abraham Lincoln once said he couldn't handle the job except on his knees and Bush responded, "Yes, you have to."

Bush spoke of turning to prayer especially in 1990 before he ordered the start of Operation Desert Shield in response to Iraq's invasion of Kuwait. That operation required a dramatic increase in US troops sent to the Persian Gulf.

"I especially found that at the time I had to make this--now it looks easy--but a crucial decision to commit someone else's sons and daughters into combat," he told Robertson. "The decision rests only with the president for that--only the president--and there was certainly time and need for prayer on that."

In 2007, he spoke about his spirituality during a dedication ceremony for the Billy Graham Library in Charlotte, North Carolina.

"I've always viewed my faith as a personal matter, an intensely personal matter and that's just the way I'm wired," he said. "There's nothing self-conscious, however, about my relationship with Jesus Christ and thanks to Billy I have come to understand this all important relationship in deeper and more meaningful ways."

Bush's casket will rest in the Capitol rotunda all day Tuesday for the public to pay its respects.

A presidential aircraft designated as "Special Air Mission 41" flew his casket to the nation's capital on Monday. Bush's eldest son, President George W. Bush, and other family members flew on the flight.

On Wednesday at 11 a.m., President Trump and the first lady will attend an invitation-only state funeral for Bush at the National Cathedral.

Afterwards, the casket will be flown back to Houston for a service at St. Martin's Episcopal Church on Thursday, followed by a private ceremony and burial at the Bush presidential library on the campus of Texas A&M University in College Station.

He will be buried alongside his wife Barbara, who died in April, and their daughter Robin Bush, who died of leukemia in 1953 at age 3. 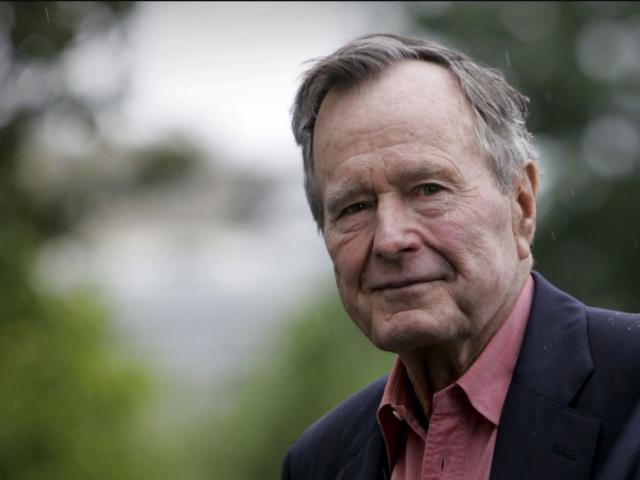