Hear the Sound of the Martian Wind From New NASA Lander 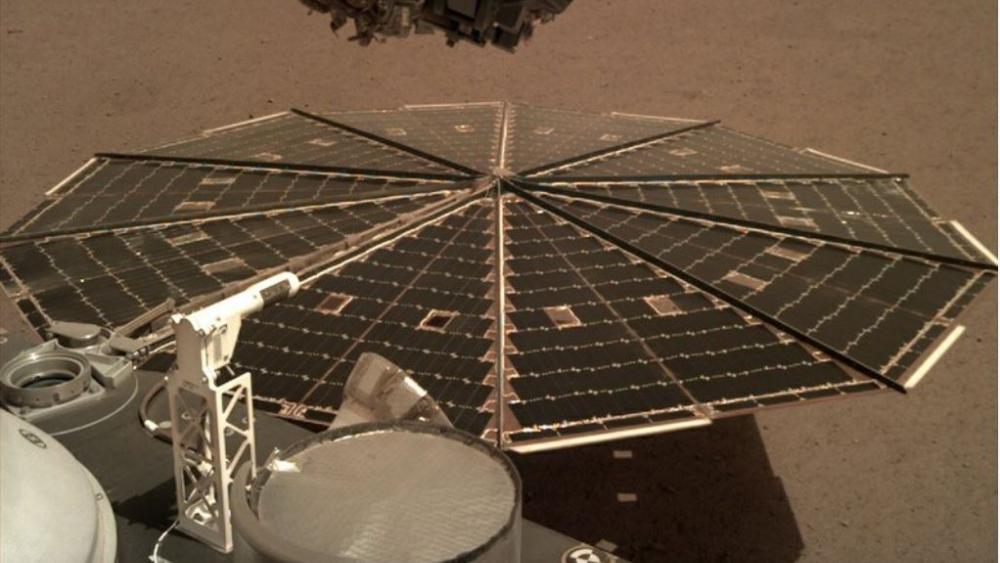 This Friday, Dec. 7, 2018 photo made available by NASA shows a view from the arm-mounted camera on the InSight Mars lander. The spacecraft arrived on the planet on Nov. 26. Image courtesy: NASA/AP

The Jet Propulsion Laboratory released audio clips of the alien wind Friday. The low-frequency rumblings were collected by the InSight lander during its first week of operations at Mars.

The wind is estimated to be blowing 10 mph to 15 mph (16 kph to 24 kph). These are the first sounds from Mars that are detectable by human ears, according to the researchers.

“Reminds me of sitting outside on a windy summer afternoon ... In some sense, this is what it would sound like if you were sitting on the InSight lander on Mars,” Cornell University’s Don Banfield told reporters.

Scientists involved in the project agree the sound has an otherworldly quality to it.

Thomas Pike of Imperial College London said the rumbling is “rather different to anything that we’ve experienced on Earth, and I think it just gives us another way of thinking about how far away we are getting these signals.”

The noise is of the wind blowing against InSight’s solar panels and the resulting vibration of the entire spacecraft. The sounds were recorded by an air pressure sensor inside the lander that’s part of a weather station, as well as the seismometer on the deck of the spacecraft.

The low frequencies are a result of Mars’ thin air density and even more so the seismometer itself — it’s meant to detect underground seismic waves, well below the threshold of human hearing. The seismometer will be moved to the Martian surface in the coming weeks; until then, the team plans to record more wind noise.

The 1976 Viking landers on Mars picked up spacecraft shaking caused by wind, but it would be a stretch to consider it sound, said InSight’s lead scientist, Bruce Banerdt, of JPL in Pasadena, California.

The “really unworldly” sounds from InSight, meanwhile, have Banerdt imaging he’s “on a planet that’s in some ways like the Earth, but in some ways really alien.”

InSight landed on Mars on Nov. 26.

“We’re all still on a high from the landing last week ... and here we are less than two weeks after landing, and we’ve already got some amazing new science,” said NASA’s Lori Glaze, acting director of planetary science. “It’s cool, it’s fun.”

Listen to the sound of the Martian wind courtesy the NASA Jet Propulsion Laboratory: