'It's Our Gift to the City': Cincinnati's Christ Church Cathedral to Host Centuries-Old Christmas Festival 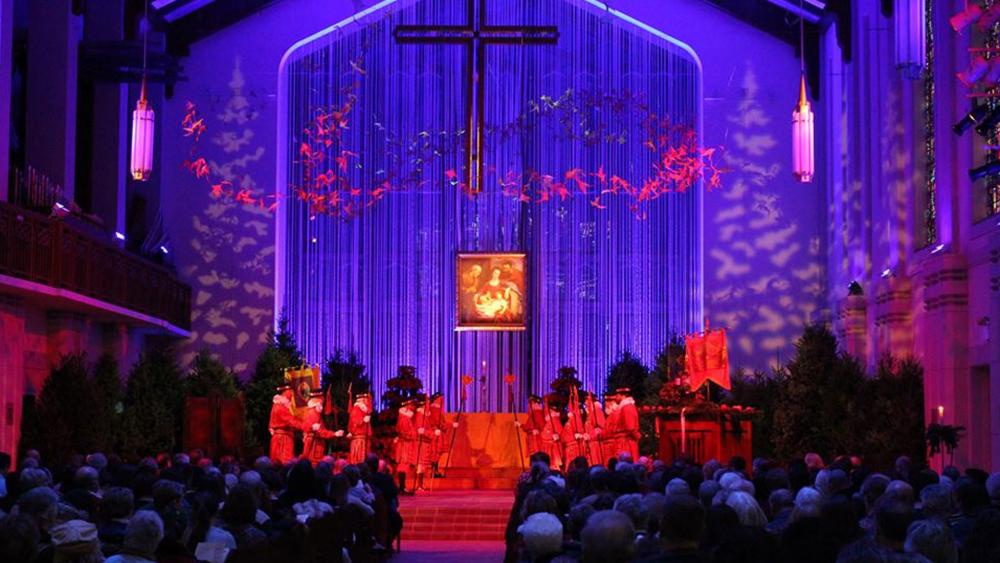 Cincinnati's Christ Church Cathedral is poised to kick off its 79th annual Boar's Head and Yule Log Festival this weekend.

"It goes back a long way. It is actually the oldest performance of a festival of the Christmas season," the festival's director, Bob Beiring, told WLWT.

"It started in 1340, which is incredible, and continued at Oxford College up until current day," he explained. "Fast-forward to 1940; we brought it to Christ Church. We started the performance and it has gone continuously from then until now – so we're in our 79th year and it's our gift to the city."

The family-friendly production is set to take place Dec. 29-30 and will feature a cast outfitted in 14th century English attire. The festival's co-director, Anne Jaroszewicz, says the event is open to the community free of charge.

"You are in for such a treat because we have over 140 people participating in costume, but we also have a full orchestra," Jaroszewicz told WLWT. "We also have a full choir. People get to sit and sing some of their favorite carols as well."

For more information, call 513-621-BOAR or visit the festival's website.