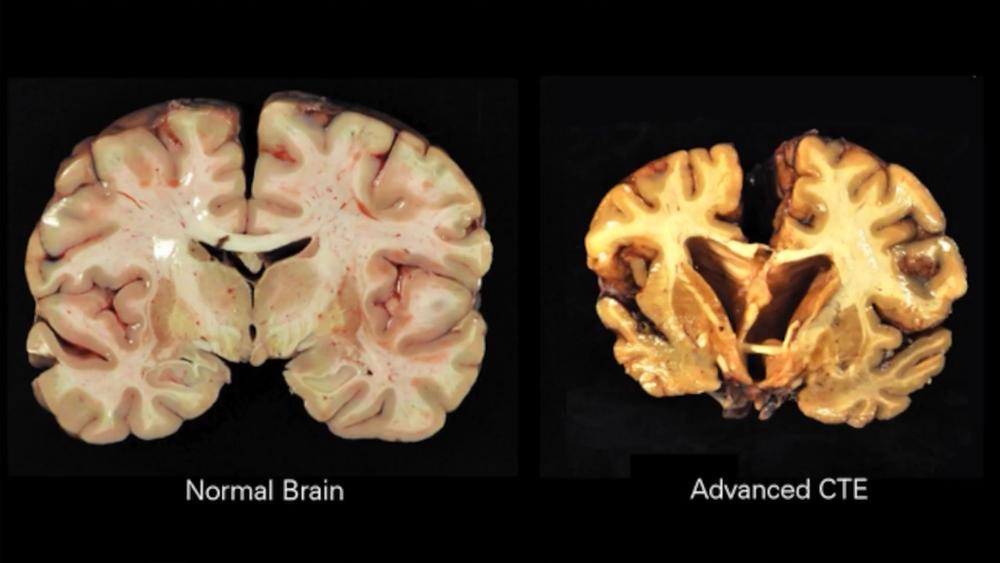 While Americans shudder at the shocking rate of substance abuse-related deaths accompanied by the surge in suicides, to the point that the US Centers for Disease Control and Prevention announced the average life expectancy is diminishing, people are wondering why so many are engaging in this self-destructive behavior.

Although the answer is likely multi-faceted, one often overlooked contributing factor to this overwhelming mental health crisis could originate with one or more physical injuries to the brain resulting in Chronic Traumatic Encephalopathy, better known as CTE.

Scientists tell us this disease, originally thought to have affected only boxers, then later professional football players who'd suffered concussions, affects far more Americans than that. This includes people who have never sustained even one concussion, including military personnel who have been exposed to an explosion, as well as anyone who's been repeatedly been hit in the head or violently shaken, such as victims of domestic abuse.

The Tragic Life of Aaron Hernandez

Aaron Hernandez seemed to have it all. He realized the dream of millions of boys: he caught a touchdown pass in the Super Bowl thrown by none other than Tom Brady, one of the greatest icons of the sport. As if that weren't enough, Hernandez went on to sign a 40 million dollar contract with the New England Patriots. Add an adorable baby daughter and an upcoming wedding to the girl's beautiful mother to the picture and Hernandez appeared to live the life others only dream of having.

Considering all that, why would Hernandez commit murder then suicide at age 27?

His behavior made more sense when experts examined his brain after his death. In a news conference, Dr. Ann McKee, the director of Boston University's CTE Center said his brain was overwhelmed with advanced CTE, more than they had never seen in someone so young, after looking at the brains of more than 500 deceased individuals.

"Especially in the frontal lobes, which are very important for decision-making, judgment, and cognition,” said Dr McKee, “We could see damage to the inner chambers of the brain."

CTE Changes Who You Are

Dr. Bennet Omalu, the former Pittsburgh medical examiner credited for raising awareness about the prevalence of CTE in professional football players in 2005, after examining the brain of former Steeler Mike Webster and others, CBN News, "There is no safe blow to the head."

Webster was one of many former football players to exhibit erratic behavior, then after death be diagnosed with CTE. Right now the disease can only be confirmed by examining the brain postmortem.

Dr. Omalu says CTE robs a person of "who they are," because it damages the area of the brain responsible for decision making and judgment.

"It could present with changes in personality, mood disorders and gradual loss of intelligence, impulsivity, very rampant and rapid fluctuations in mood, sometimes unjustifiably," he said, adding, "You stand an increased risk of becoming a drug addict, an alcoholic, you have a much higher risk of engaging in self-harm, attempting suicide and even committing suicide."

Dr. Omalu's dramatic discovery was the subject of the 2015 blockbuster movie, "Concussion," in which actor Will Smith played Dr. Omalu, who contributed heavily to the content of the movie.

"Every scene in that movie happened in real life," Dr. Omalu said, "We did not have so much creative license because we knew we were dealing with the mighty NFL so we couldn't do whatever we wanted. We had to adhere to the factual events."

Concussions Do Not Cause CTE

However, Dr. Omalu said while the movie's content is accurate, the title is misleading.

"Concussions do not cause CTE," he said, "What causes CTE is blows to your head with or without symptoms, with or without a helmet. Helmets do not protect your brain from CTE."

Dr. Omalu says in just one season of practices and games, players can suffer hundreds of violent blows to the head.

"Studies have shown that if your child plays football, that after just one season there's a reasonable probability that your child has suffered irreversible brain damage," he said, "Over the years it accumulates."

Boston University's CTE center houses the world's largest brain bank devoted to CTE research which includes hundreds of brains from deceased football players and others from all walks of life.

Dr. Lee Goldstein, MD, PhD, an associate professor at Boston University School of Medicine and College of Engineering affiliated with the CTE brain bank told CBN News, "About 20 percent of our donors never had a witnessed, diagnosed, or reported concussion in their lives, yet have CTE at the end of the day."

Dr. Goldstein and his colleagues found CTE in nearly all former football players they studied. Interestingly, they also found the condition in the brains of former military veterans who had been exposed to explosions but who had not suffered a concussion.

"We were very surprised and very confused," he said.

Goldstein said in some cases the brains of former military personnel were donated by grieving family members who had observed a personality change in their beloved soldier.

They built a device that perfectly simulates in mice what Improvised Explosive Device (IED) blasts do to soldiers. All of the animals tested developed CTE. But what's interesting, is none of them suffered concussions. In fact, they seemed perfectly fine immediately after the blast.

"We were able to figure out what happens in blasts," he said, "And that is... the head is moving very, very quickly. And it's that head motion, we call it the 'bobblehead effect,' that causes the damage that leads to CTE."

Dr. Goldstein and his colleagues also developed a device that perfectly simulates the head impact a football player sustains. In those trials, the animals did suffer concussions and also developed CTE.

CTE Instead of PTSD?

Dr. Goldstein said the research raises the possibility that battle-worn soldiers who exhibit behavioral changes may have CTE rather than the often diagnosed Post Traumatic Stress Disorder, PTSD, or both.

"It's very common that these folks come back and they are not the same," Dr. Goldstein said, "And in some very real sense they are not the same person they were before. In fact, the front part of the brain may be damaged, and in that respect, they really are different people."

According to Dr. Goldstein, since CTE is caused by blows to the head, often without concussion, there are likely many other types of people who beyond vets and athletes suffering from it.

Many Others at Risk

People who are victims of domestic violence can call The National Domestic Violence Hotline at 1-800-799 SAFE (7233) for help.

CTE can only be confirmed after death. While there is not yet a cure, scientists are developing a test to diagnose it in the living which could lead to a treatment.

Why Some CTE Cases Are Worse Than Others

After 10 years of studying brains donated by families of deceased military servicepeople, football players, and other contact-sport athletes, researchers from the BU School of Medicine and the VA Boston Healthcare System have amassed more than 600 brains, a collection they say has grown large enough to enable meaningful analysis of the genetics related to chronic traumatic encephalopathy (CTE).

Their latest discovery – about the CTE-related significance of genetic variation in a gene called TMEM106B – could explain why similar levels of head trauma in different people can cause some of them to suffer more drastic symptoms of CTE than others. The findings are described in a study published in Acta Neuropathologica Communications November 3, 2018.