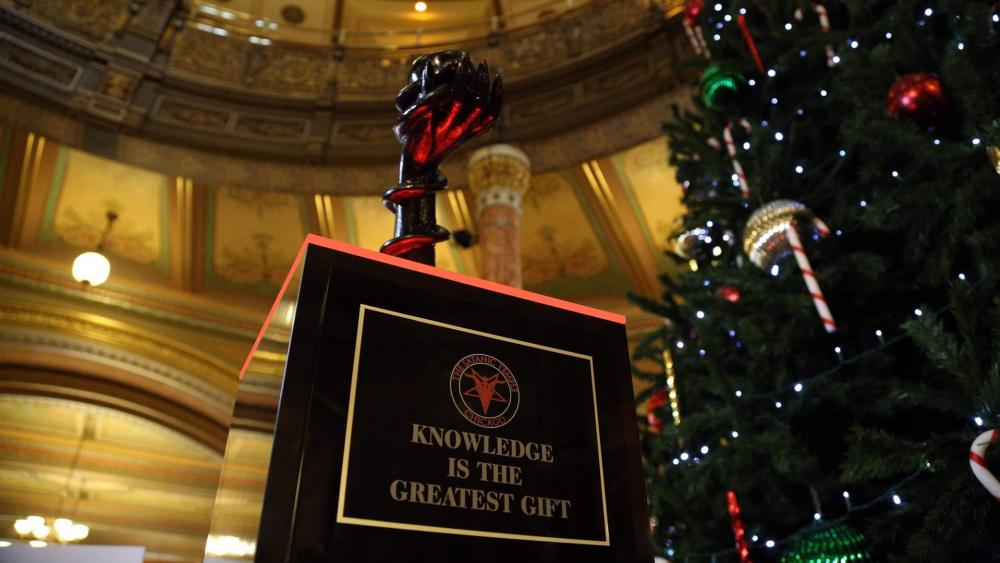 The Illinois Capitol rotunda has a brand new Christmas display this year. Alongside the Nativity scene and Hanukkah Menorah stands an arm holding an apple with a snake coiled around it.

The unusual sculpture called "Snaketivity" was donated by The Satanic Temple. The piece also has a sign that says "Knowledge is The Greatest Gift."

Lex Manticore, a leader and spokesman for the group, told The State Journal-Register the arm represents Eve in the Garden of Eden, where Adam and Eve disobeyed God by eating from the Tree of Knowledge of Good and Evil.

"We see Satan as a hero in that story, of course, spreading knowledge," Manticore told the paper.

He added that the group does not worship Satan or believe he exists, but sees the fallen angel as a metaphor for "rebellion in the face of religious tyranny."

While many may object to the statue, the state says the First Amendment protects Satanic speech.

"The State of Illinois is required by the First Amendment of the United States Constitution to allow temporary, public displays in the state capitol so long as these displays are not paid for by taxpayer dollars. Because the first floor of the Capitol Rotunda is a public place, state officials cannot legally censor the content of speech or displays. The United States Supreme Court has held that public officials may legally impose reasonable time, place and manner restrictions regarding displays and speeches, but no regulation can be based on the content of the speech," a stand near the display reads.

Nevertheless, Manticore agrees that the Satanic display in the Illinois Statehouse is provocative.

"I think that all art is about provocation," he said. "It's about inspiring thought and emotion. ...Certainly, we can't control whether someone finds something offensive or not."

This is not the first time the group has sought to provoke others.

The Satanic Temple has put up a similar display at the Michigan Capitol and protested a display of the Ten Commandments. The group also drew controversy after putting up a statue of a goat-headed creature named Baphomet outside the Arkansas State Capitol in August.

The organization doesn't show signs of slowing down any time soon.

Lucien Greaves, co-founder of The Satanic Temple in Salem, told Vice, "We are on the front lines in the war against encroaching theocracy." 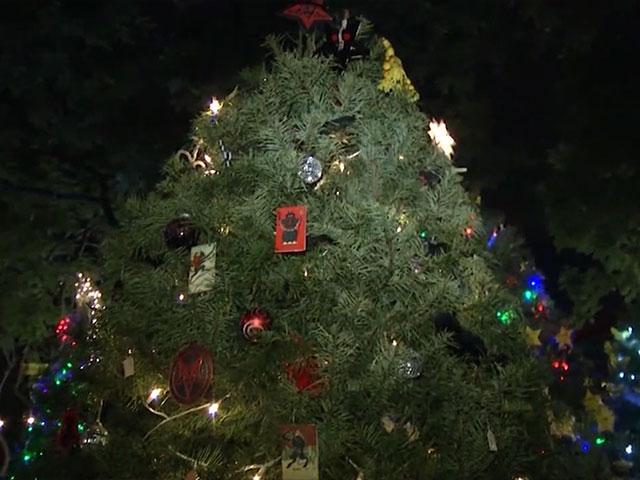 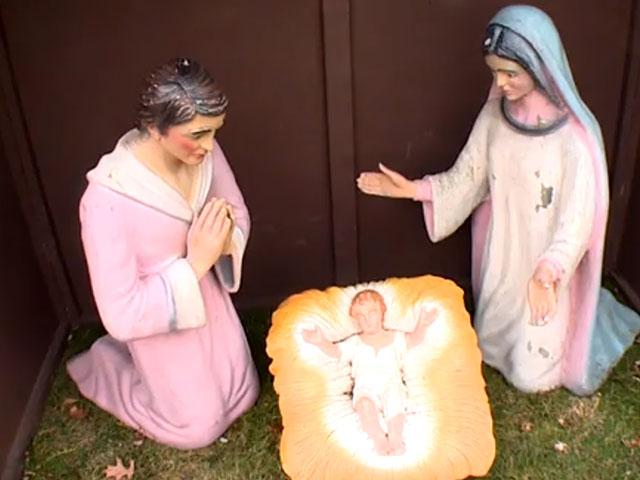