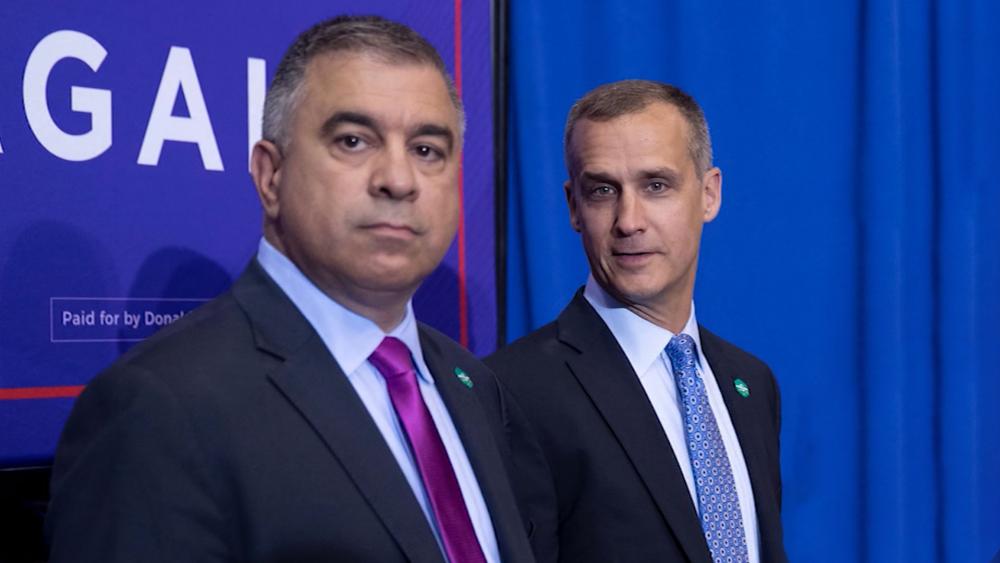 WASHINGTON – President Trump has his enemies, but some wonder if the worst are inside his own White House. Two of the main players behind his 2016 win spoke with CBN News about the "Deep State" and those they say are trying to thwart the president's agenda.

In their new tell-all book, Trump's Enemies: How the Deep State is Undermining the Presidency, former campaign managers Corey Lewandowski and David Bossie reveal much, including a list of names they say have tried to undermine the president and his agenda.

Lewandowski talked about the "November 9th Club," explaining what it is, and who is a part of it.

"Well, the November 9th Club, it's comprised of people who didn't support him when he ran, didn't vote for him on election day, but found a way to weasel their way into the administration," he explained. "And look, every president has to take people who weren't with him before to grow his team. The difference is, traditionally, those people put their personal biases aside and they work on behalf of the president to further his agenda."

Sean Spicer, Gary Cohn, and H.R. McMaster are just a few they write about, but their list extends well beyond 1600 Pennsylvania Avenue. Democrats, the intelligence community, media, and establishment are also included.

"We Own, You Rent" Mentality in Washington

There are people who say this whole idea of the "Deep State" is a conspiracy. Asked what they say to those people, Bossie said, "That's the narrative that the left wants you to believe. The facts are very simple and everybody knows it. You just have to think about how we are framing it which is, there are people in the federal government who have been in it for 30 or 40 years. They have what we call the "we own, you rent" mentality. The president is only here for four years or eight years. They're here for 30 or 40. They slow-walk your agenda."

American People Should be "Very Afraid"

And when it comes to the Russia investigation, Lewandowski told CBN News, "We detail it very much in the book and people should be very afraid because what the president outlines in his interview and what we talk about in the book, individuals at the highest level of law enforcement use their badges which they were entrusted with and they went after American citizens for political purposes and it should never happen again."

We also wanted to know if Lewandowski and Bossie think President Trump should pardon Paul Manafort. "Look, I think every president has it under the purview to issue pardons," Lewandowski said. "Barack Obama issued more pardons than more than 13 previous presidents combined, and some really bad guys, you know, people who are convicted killers. But what I think the president said recently was he's not going to take that off the table."

"Art of the Deal" Mindset

The authors say that's part of Trump's "Art of the Deal" mindset they both know so well. They say they still have a great relationship with him, and part of the reason they wrote this book, they said, is to bring light to the frustration that the president has faced.

"Whether it's from the intelligence community, some of the mainstream media, some of his own staff, those people in Congress who've thwarted his agenda because we hear it. We travel with him, we see it. And he deserves better," Lewandowski said.