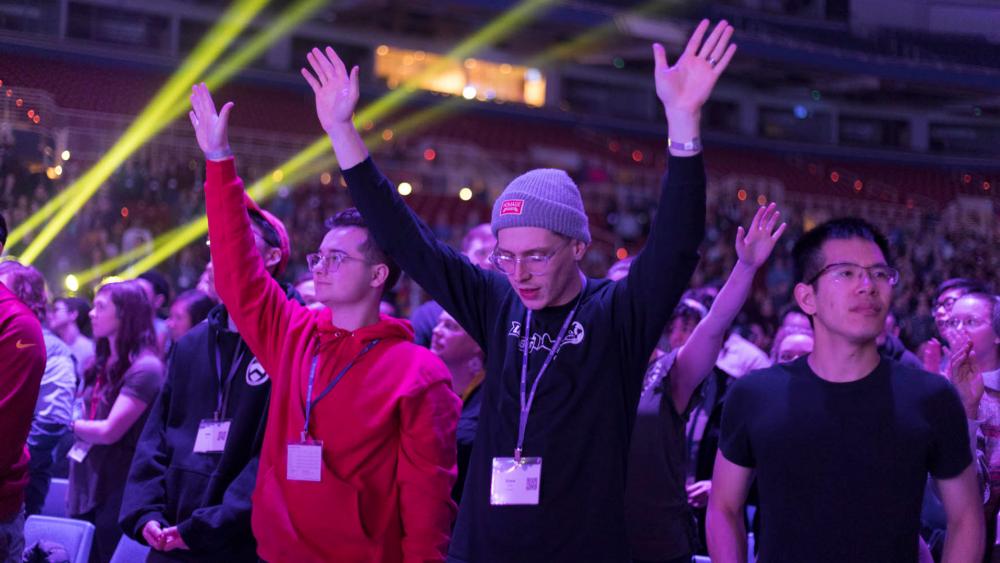 ST. LOUIS, Mo. – Urbana 18, InterVarsity’s 25th student missions conference, has drawn over 10,000 college students and others to St. Louis for a 5-day conference. The conference, which is held every three years, has been challenging each generation of college students to find their place in the Great Commission for 75 years.

Tom Lin, InterVarsity President, said, “It is important for this generation to have a challenge. What does it mean to be a faithful witness, to model our lives after Christ, the faithful witness as we live our lives.”

“Faithful Witness” is the theme of the conference this year. The theme is based on the book of Revelation. Over the course of the five-day conference, attendees will have the chance to interact with more than 200 seminar leaders, 200 mission organizations, and seminary representatives.

InterVarsity began with a movement of students at the University of Cambridge, England in 1877. The students consistently met to pray, study the Bible, and share their faith with students. As more groups began to form across other college campuses, they began a coalition called "British Inter-Varsity."

According to their website, “British InterVarsity sent Howard Guinness, a medical school graduate and vice-chairman of the British movement, to Canada in 1928. Students helped raise the money to provide Guinness with one-way passage to Canada. Between bouts of seasickness, Guinness led his cabin mate to Christ during the crossing. As God supplied the funds, he slowly worked his way across Canada, starting up and assisting evangelical student groups.”

By 1938, college students in the United States were asking InterVarsity in Canada to expand.

The website states, “Today, there are more than 1,000 InterVarsity staff serving more than 40,000 students and faculty on 600+ campuses nationwide”.

Besides their triennial conference, the organization produces training materials, camps, books, and media tools which serve both church and campus.

Morning and evening general sessions are streamed online at urbana.org from The America’s Center in St. Louis, Missouri.